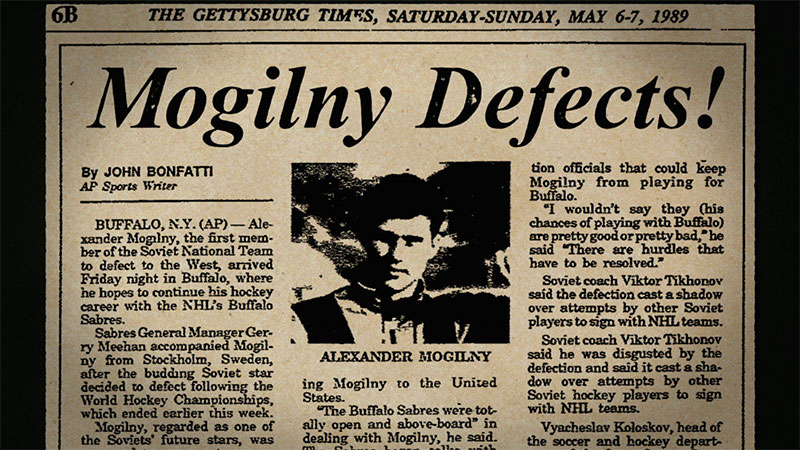 From Oscar® nominated and Emmy award-winning filmmakers, RED ARMY from director, screenplay, Producer Gabe Polsky, is a feature documentary about the Soviet Union and the most successful dynasty in sports history: the Red Army hockey team. Told from the perspective of its captain Slava Fetisov, the story portrays his transformation from national hero to political enemy. 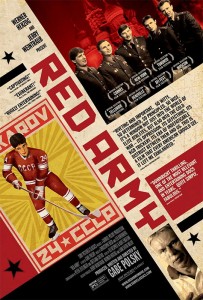 RED ARMY is an inspiring story about the Cold War played out on the ice rink, and a man who stood up to a powerful system and paved the way for change for generations of Russians.

Making Red Army provided an opportunity both to explore my heritage and to examine the impact hockey had on the culture, politics and legacy of the Soviet Union. I was born and raised in the United States by Soviet immigrants who seldom spoke about their past. I got my first pair of skates at age six, and played competitively throughout my youth, ultimately for Yale University. Training in the U.S. was focused on winning rather than player development. Practice was often basic and redundant. Coaches only paid attention to the standout players who scored the most goals.

When I was 13, I moved to a team that hired a new coach from the Soviet Union. Like most American kids, all I knew about Soviet hockey was the country’s storied loss to the U.S. in the 1980 Olympics. The coach’s philosophy and training methods were rigorous and unusual: we were forced to walk on our hands and do somersaults on the ice; we carried tires and skated with teammates on our backs. Perhaps the biggest difference was that he encouraged creativity and taught us to think as a unit. Many in the Chicago hockey community didn’t take him seriously. But he transformed my entire concept of the sport. I tracked down old Soviet hockey footage and what I saw was eye-opening. Soviet hockey was amazingly creative and improvisational. The Soviets moved fluidly, like one body, and it looked more like an art form than a game. That’s how I wanted to play.

When I was at Yale, I studied politics and history and learned about the unusual role sport played in the Soviet Union. The Red Army team was designed as an instrument of propaganda to prove the superiority of the Soviet system. The country’s investment in the team’s success was massive. The demanding lifestyle and oppressive circumstances under which the players trained were a reflection of broader Soviet society. It became clear to me that the Red Army’s style of play, too, was significantly informed by the country’s ideology. Much like Communism, there was little emphasis on the individual. Those who became heroes earned as much money as teachers. Priority was placed on serving your teammates and your country, and expressing individuality or questioning authority was forbidden.

Today’s Russian leadership is comprised both of devoted fans of the Red Army team and of the players themselves. To understand the history of the team and the era is to understand much about who makes decisions in Russia today.

Red Army is about how an incredibly oppressive system produced one of the greatest teams in history. That success came with tremendous personal costs. My intention in making this film is to honor the Soviet struggle and to celebrate the art that emerged from such a charged and unique time in history.