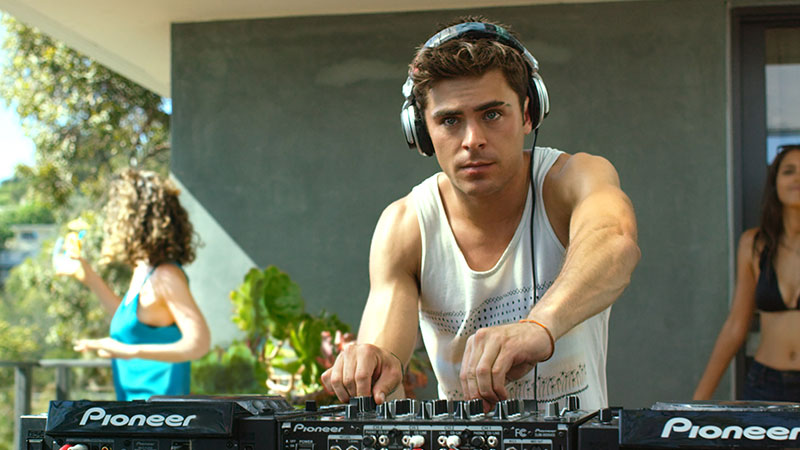 “We Are Your Friends” is about what it takes to find your voice. Set in the world of electronic music and Hollywood nightlife, an aspiring 23-year-old DJ named Cole (Zac Efron) spends his days scheming with his childhood friends and his nights working on the one track that will set the world on fire. All of this changes when he meets a charismatic but damaged older DJ named James (Wes Bentley), who takes him under his wing. 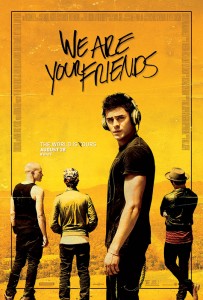 “We Are Your Friends” is set to the heart-pounding beats of a diverse soundtrack that includes Gryffin’s remix of Years & Years’ “Desire,” plus two all-new tracks, The Americanos’ “BlackOut,” featuring Lil Jon, Juicy J and Tyga, and Hook N Sling’s “Break Yourself,” featuring Far East Movement and Pusha T.

The film’s director, Max Joseph, who also co-wrote the screenplay, was eager to put some of his own life experiences on the big screen, especially those so many of us share.  Working closely with the film’s music supervisor, the prolific Randall Poster, who has more than 100 feature films to his name, Joseph says, “What we set out to do was to make a contemporary coming-of-age movie set against the music of today’s world—dance, electronic, festival anthems, pop, trap, hip-hop and some EDM as well.”

The two first met after Poster saw a short film Joseph had made about the 10th anniversary of DFA Records. Poster was impressed, and reached out. “He’s a very talented and sensitive filmmaker who uses music very well. He asked me if I’d be interested in his next project, and I was intrigued by this story of a group of friends trying to figure out who they are and who they could be.”

The story was originally conceived by executive producer Richard Silverman. Silverman took his original concept, which centered on an aspiring DJ who is mentored by a successful veteran of the club circuit, to producer Liza Chasin. Joseph and fellow screenwriter Meaghan Oppenheimer expanded Silverman’s story into the screenplay.

French artist Pyramid helped the filmmakers plot out Cole’s music. Joseph had heard his work on Spotify while writing the script and his song, “See You in the Other Side,” inspired, and is also featured in, a pivotal scene in the film. Joseph and Pyramid traded ideas even before the movie went into pre-production, establishing a piano melody of Cole’s theme that they were able to have on hand during shooting and to find ways to work it into the movie. The filmmaker eventually brought the artist out to the Valley for inspiration, and there they worked for two intense weeks nonstop.

DJ/music producer Jason Stewart—known as Them Jeans—consulted on the movie, taught Efron the art of DJing and producing music, and even stepped on stage to help out during filming. “DJing is hard, definitely much harder than I thought it would be,” admits Efron. Complementing all the songs in the film is a score by Segal, whom Joseph discovered while watching episodes of the UK show “Skins,” looking for acting talent.

With Stewart in charge of Efron’s musical study, the only concern Joseph had about Efron portraying a DJ was the actor’s physique. “When I first met Zac, he was big and buff from doing ‘Neighbors.’ I explained to him that most DJs don’t eat well and spend all night long at their computers, not sleeping. And they don’t have perfect tans because they’re not out in the sun.” Efron took the director’s description to heart and dropped almost 20 pounds before going in front of the camera.

In addition to all the work he did with DJs behind the scenes, Joseph asked DJs Dillon Francis, LA Riots, Dirty South, Nicky Romero, Alesso and Posso to appear in the film, alongside such Vine icons as Andrew Bachelor, a.k.a. King Bach, KC James and Brittany Furlan. Francis even emceed for a huge crowd of extras for a pivotal scene in the film.

With no need to look elsewhere, the production for “We Are Your Friends” shot primarily in the Valley, as well as in some of nearby Hollywood and Downtown L.A.’s most popular hotspots, insinuating the characters into the flashy, frenetic world that beckons to them. Joseph worked with director of photography Brett Pawlak and production designer Maya Sigel to maintain as authentic an aesthetic as possible.