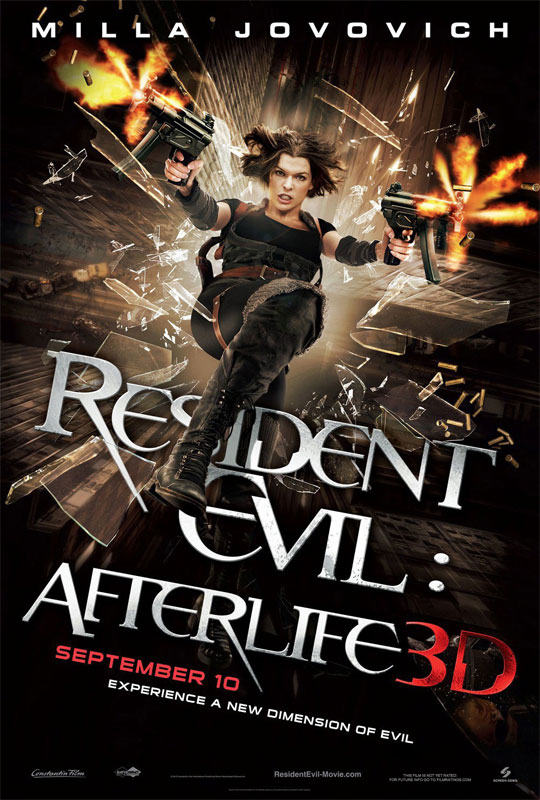 With a budget of $60 million, principal photography began on September 29, 2009, in Toronto, Canada, and wrapped in December 2009. Roberts began filming his scenes on October 10, 2009 and finished in about ten weeks. Anderson used James Cameron’s Fusion Camera System, or more specifically a Sony F35 camera.

It is also the first film in the series to be released in 3D. In the film Alice searches for and rescues remaining survivors in Los Angeles of the T-virus outbreak, who team up against Albert Wesker, the head of the Umbrella Corporation.

In May 2005, producers mentioned the possibility of following Resident Evil: Extinction with a sequel titled Afterlife. Extinction was released in 2007 and was a box office success prompting Afterlife to begin development in June 2008, with the script being written by Anderson that December. Elements from Resident Evil 5 were incorporated into the film.

Chris Redfield, a primary character from the video games will be featured for the first time in the film franchise. Other characters from the games and films who return include: Claire Redfield, Jill Valentine and Albert Wesker. Filming took place in Toronto from September to December 2009 using James Cameron’s 3D Fusion Camera System. The film is scheduled to be released in 3D and IMAX 3-D theaters on September 10, 2010.

Resident Evil: Afterlife picks up where the third film ended. Since the events of Resident Evil: Extinction, Alice has been roaming the world searching for any remaining survivors. Alice also comes face to face with her arch-nemesis, Albert Wesker, for the first time in the series. As she enters the ruined Los Angeles, she stumbles onto a base of Umbrella, surrounded by zombies.She then teams up with a group of survivors who had been hiding in Los Angeles since the T-virus outbreak, and helps them to free another group held-up in a prison, among them Claire’s brother, Chris Redfield.