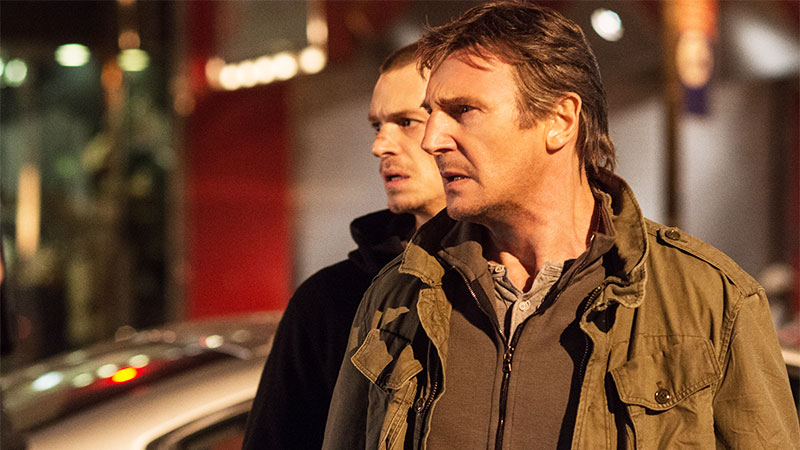 Mob hitman Jimmy Conlon (Liam Neeson) has lived a life of regret, full of things he’s done that he can never take back. Decisions of a moment that haunt his waking hours as well as his dreams and, one way or another, come back around to hurt him…or worse, the ones he loves. And on this night, one split-second decision will make him run for his life. 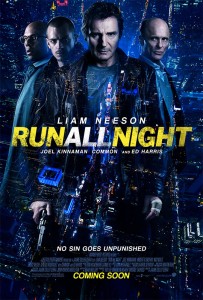 Liam Neeson’s longtime stunt double, Mark Vanselow, was also the stunt coordinator and worked closely with Neeson and Collet-Serra to choreograph the fights.

The script came to producer Roy Lee by way of producer Brooklyn Weaver, who manages screenwriter Brad Ingelsby who wanted to set the deathly conflict against the gritty backdrop of the mafia, explaining, “That world always interested me. Particularly from the vantage point of years down the road, when the repercussions of the choices these guys made when they were young and the full weight of their actions eventually catch up with them.”

Neeson once again teams up with director Jaume Collet-Serra, whom he describes as “like a brother,” and who the actor says, “sees action movies as symphonies.”  Neeson admits that the script hit a deeper chord with him, having sons who are at the age of discerning their own paths in life. “I can’t imagine losing their love or trust and I can relate to being willing to do anything—no matter what it takes—to get that back.”

In the twists and turns of the night on the run, Collet-Serra saw Ed Harris as mob boss Shawn Maguire, who is also going to protect his own son, and is coming after Conlon with everything he’s got. “He’s a wonderful actor and can exude intimidation. He and Liam each command a powerful presence,” notes Collet-Serra. Neeson was thrilled to work with Harris and says of his co-star, “If you get the chance to work with Ed Harris, you do it. No questions. Ed is a legendary actor. It was extraordinary doing these intense scenes with him.” It was the first time the two had the opportunity to work together. Although Harris was doing eight shows a week on Broadway at the same time, filmmakers rearranged the schedule to accommodate him.

Joel Kinnaman stars in the role of Mike Conlon, Jimmy’s estranged son, who wants nothing to do with his father or his father’s line of work, not since Jimmy abandoned them years ago. A quick run as a professional boxer didn’t pan out, so in addition to his construction job, he drives a limo to support his wife and two kids. Both Kinnaman and Neeson agree that working out the father and son relationship on screen afforded them the chance to become close off screen.

Run All Night shot in practical locations in and around New York. Originally set in the screenwriter’s hometown of Philly around the Italian mob, Brad Ingelsby researched and incorporated the Irish mafia when filmmakers decided to change the locale. The production team also mined the rich world of the Westies, the infamous and cutthroat mobsters that ran Hell’s Kitchen in the ‘70s.

The production design team created Shawn’s pub, the Abbey, which is the headquarters of the mob, out of three different locations: an exterior under the train on Jamaica Avenue, another exterior reverse under the train in Woodside, and an interior in Bay Ridge, Brooklyn.

One of the most recognizable places they incorporated into the shoot is the world-famous Madison Square Garden. Collet-Serra notes, “It was very important that with a movie called ‘Run All Night,’ we don’t just run from Brooklyn to Queens. You want to run through all of New York. We made a big effort to go into Manhattan several times, as well as Queens, Brooklyn and the Bronx. We really shot almost everywhere.”