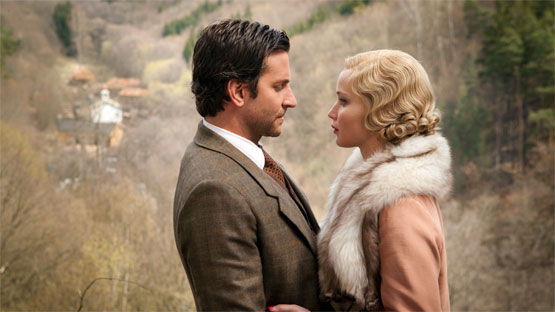 North Carolina mountains at the end of the 1920s – George and Serena Pemberton, love-struck newly-weds, begin to build a timber empire. Serena soon proves herself to be equal to any man: overseeing loggers, hunting rattle-snakes, even saving a man’s life in the wilderness. With power and influence now in their hands, the Pembertons refuse to let anyone stand in the way of their inflated love and ambitions. 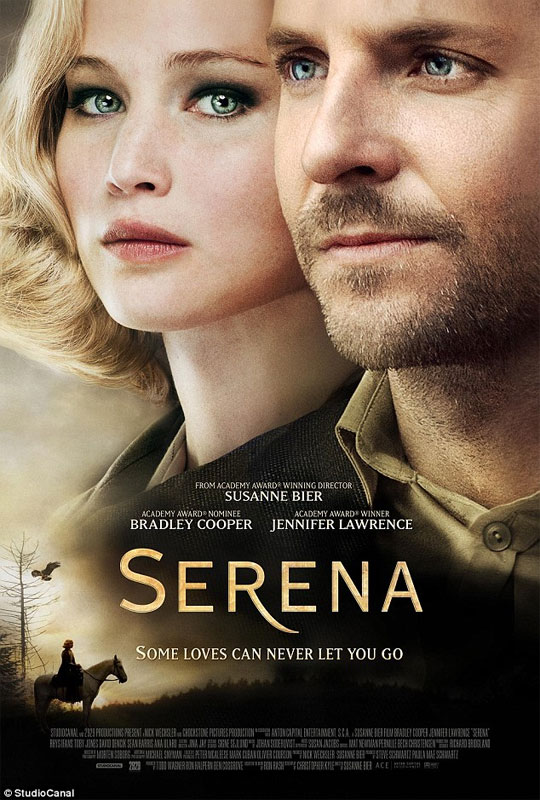 Serena was filmed over eight weeks on location in and around Prague, the Czech Republic during the spring of 2012.

Producer Nick Wechsler’s interest in the story of Serena was piqued when he received the manuscript of the original book about a year before its publication: “I fell in love with it on my first read. I optioned it immediately and at that time I had a first look deal with 2929, one of the financiers of the movie, and they agreed to come in and develop the project with me.” To get the project underway, Wechsler needed to find a writer capable of adapting Ron Rash’s book for the screen. He explains: “We looked at a variety of writers and Chris Kyle had a wonderful take ”

With a first draft of the screenplay in hand, the producers set out to find a director who could bring a unique insight to the intense narrative turns of the film. Already an admirer of director Susanne Bier’s work, Nick Wechsler was very interested in what Bier could bring to the project: “One of the reasons I thought that Susanne would be a good match for this film is that she’s exhibited an incredible flair for bringing out power in relationships between people – she’s very accurate in observing intimacy, vivid emotion and passion.”

Before shooting Serena, Bradley Cooper and Jennifer Lawrence had already worked together on David O. Russell’s ‘Silver Linings Playbook’ and Lawrence was grateful for this previous collaboration.

Although Serena is mainly set in North Carolina in the United States, the production chose to shoot the film entirely in Prague and the surrounding countryside of the Czech Republic.

To create that sense of authenticity that the film demanded, Production Designer Richard Bridgland went to Tennessee and North Carolina to do some research for the film. He explains: “It was really important to me to go there and see the place, because we’re filming the whole thing in the Czech Republic, so there are no physical references to anything here, apart from the forest. I took off to Tennessee for a week and spent much of my time at a logging museum and with a whole bunch of people who knew all about the logging camps – their fathers and grandfathers had worked in the logging industry.”

For the logging camp, it was difficult to find a location where there was a perfect forested valley which was correctly sunlit and offering enough space adjacent to the set to erect a base camp for the production. Finally, close to the village of Nizbor, just outside of Prague, the filmmakers found the perfect spot. The production did move into Prague for a few days of shooting, when the National Museum hosted the elegant hotel and the Bank of Boston scenes.