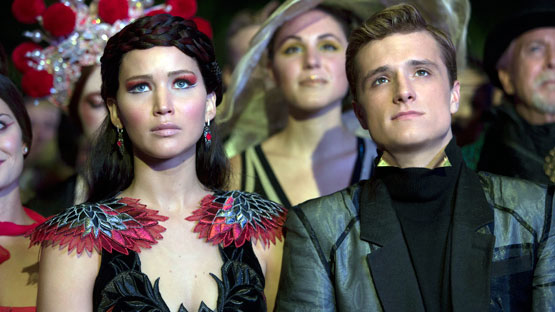 The Hunger Games: Catching Fire begins as Katniss Everdeen (Jennifer Lawrence) has returned home safely after winning the 74th Annual Hunger Games along with fellow tribute Peeta Mellark. Winning means that they must turn around and leave their family and close friends, embarking on a “Victors’ Tour” of the districts. 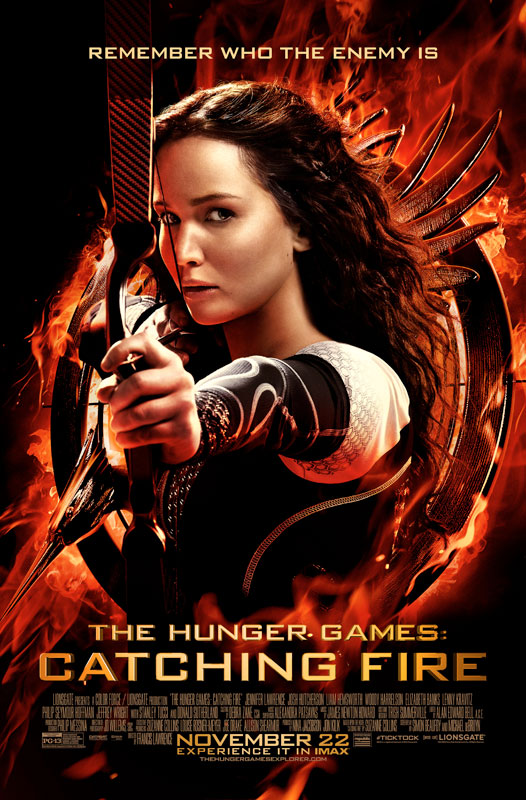 For Catching Fire, the filmmakers invited one of today’s most popular rock bands — the seven-time GRAMMY® Award winning British group Coldplay – to write and record their first-ever original song for a motion picture.

The Hunger Games: Catching Fire is directed by Francis Lawrence, from a screenplay by Simon Beaufoy and Michael deBruyn, based upon the novel “Catching Fire” by Suzanne Collins and produced by Nina Jacobson and Jon Kilik. The novel is the second in a trilogy that has over 50 million copies in print in the U.S. alone.

The Hunger Games: Catching Fire follows on the heels of 2012’s blockbuster cinematic success, The Hunger Games – and takes the worldwide phenomenon sparked by Suzanne Collins’ best-selling books into a new chapter that deepens the story and propels it forward. Critically acclaimed, the first film introduced audiences to the intriguing dystopian culture of Panem.

“We wanted to be every bit as ambitious with this movie as we had been with the first, and continue to take creative risks,” says returning producer Nina Jacobson. “We have tried to honor the core essence of Catching Fire in the same way that we honored The Hunger Games.”

The opportunity to take audiences on a visceral ride into an inventive new arena also excited director Francis Lawrence, and ignited his cinematic creativity. From lightning storms to blood rain to a madly spinning Cornucopia and a climactic sequence that changes everything, Lawrence relished the challenges. “This arena is like no other,” he describes. “Special care went into creating it by the gamemaker and it plays a large role in our story. It’s a very interactive arena, and its secrets make it far trickier.”

Returning in the role of Katniss is Jennifer Lawrence, whose career has soared since The Hunger Games, and who recently won the Best Actress Oscar®, among other awards, playing the complicated widow Tiffany Maxwell in David O. Russell’s celebrated Silver Linings Playbook. Like Katniss must, Lawrence threw herself right back into intensive training for these even more physically demanding games, spending hours on the archery range and honing an array of free-running skills to new levels. “The stunts in this movie are really fantastic, so it was worth doing the extra months of training to be able to do them,” she comments.

The 75th Hunger Games feature an all-new gamemaker, Plutarch Heavensbee, whose work is treacherously creative in all kinds of ways. Taking this key role is one of cinema’s most decorated talents: Academy Award® winner and four-time nominee Philip Seymour Hoffman.

With fashion so much a part of Panem’s universe, Francis Lawrence was committed to pushing Catching Fire’s costumes to edgy extremes – from the wildly lavish celebutantes in the Capitol to the tattered sackcloth of the workers in the districts. To achieve this, he turned to one of the most exciting designers working in film right now: Trish Summerville, who recently tackled another pop culture phenomenon, dressing The Girl With The Dragon Tattoo’s Lisbeth Salander.