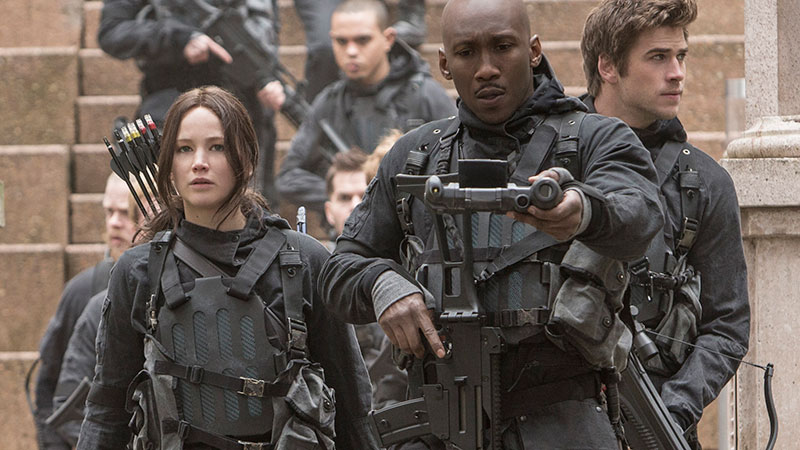 The Hunger Games: Mockingjay – Part 2 brings the global motion picture phenomenon to its thrilling and emotionally powerful last chapter as the stakes for Katniss Everdeen escalate from surviving the most deadly games ever devised to setting the course of the future. 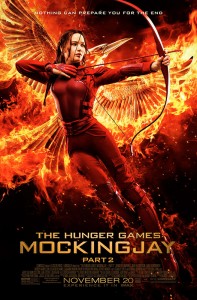 Production designer Philip Messina’s biggest challenge of all was constructing Mockingjay – Part 2’s most complicated set: the dark, sodden network of tunnels where Squad 451 comes face-to-face with an army of “lizard mutts,” mutated reptiles that can take down enemies in a single chomp. Described in the book as “a mix of lizard and human and who knows what else,” the mutts are brought to life via a mix of actors and CGI.

Francis Lawrence says Josh Hutcherson’s willingness to go the edge in this new incarnation of Peeta was impressive. “He really blew me away in this film because he was so incredible at showing how tormented Peeta is in his current state. I know Josh so well, but watching him in these scenes, I didn’t recognize any part of him,” remarks the director. Like Jennifer Lawrence, Hutcherson says he will miss his character, but he will take a lot from the long and rich experience of playing Peeta.

Hemsworth, too, finds it difficult to believe the story is coming to a close and even more unsettling that he won’t be returning to work with Jennifer Lawrence in the indelible role of Katniss. “Working with Jennifer on this is something wonderful I’ll always carry,” he says. “She’s an incredible actress, but also so much fun. I’ll miss her and all the cast and crew.”

Harrelson has especially welcomed the chance to get so close to Jennifer Lawrence over the course of the series. “Haymitch comes to care deeply about Katniss in a way that maybe surprises him and shakes him up, and it’s easy to get to that place with Jennifer,” he says.

For Julianne Moore, the new Capitol sets were an eye-opening change. “After being in District 13’s gloomy, claustrophobic underground, it was so fun to come up into the grand scope of the Capitol.” To fully bring the Capitol to life in a new way, Francis Lawrence and production designer Philip Messina knew they would have to look beyond Atlanta, home to much of the production. They took advantage of historic and futurist locations in France and Germany that could be found nowhere else. Adds producer Jon Kilik: “Shooting the Capitol scenes in Europe allowed us all the size and scale that we envisioned. The team was able to create a look that is both very layered and gigantic.”

One of the most remarkable sets in France was created from the wildly post-modern apartment buildings in Noisy-Le-Grand known as “L’espace Abraxas.” Built in the 50s, 60s and 70s, these massive, square, stone structures surrounded by pillars, plazas and triumphal arches hearken back to the Greek Empire but, at the same time, they also nod to a future of immaculately planned cities.

Moving on to Germany, the production took over an abandoned factory in Rudersdorf, which serves as the backdrop for Katniss and Gale’s attack on a Capitol hovercraft. Berlin’s locations include a return to Tempelhof Airport, one of the world’s oldest surviving airports and the former core of Nazi air power in WWII, also seen in Mockingjay – Part 1.

The ending remains as faithful to Suzanne Collins’ phenomenon-creating books as the beginning. As the journey comes to a close, one of the greatest satisfactions for Nina Jacobson is that the film franchise never strayed, the whole way through, from her promise to follow Collins’ vision.