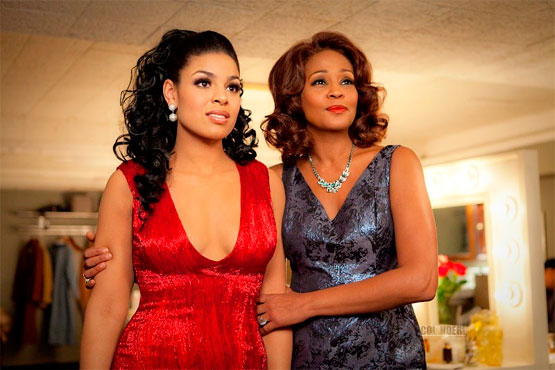 Sparkle is an American film directed by Salim Akil and produced by Stage 6 Films and released by TriStar Pictures. Inspired by The Supremes, Sparkle is a remake of the 1976 film of the same name, which centred on three singing teenage sisters from Harlem who form a girl group in the late 1950s. The remake takes place in Detroit, Michigan in the 1960s during the Motown era.

Musical prodigy, Sparkle (Jordin Sparks) struggles to become a star while overcoming issues that are tearing her family apart. From an affluent Detroit area and daughter to a single mother (Whitney Houston), she tries to balance a new romance with music manager, Stix (Derek Luke) while dealing with the unexpected challenges her new life will bring as she and her two sisters (Carmen Ejogo and Tika Sumpter) strive to become a dynamic singing group during the Motown-era.

The original Sparkle, produced by The Robert Stigwood Organization in 1975 and released by Warner Bros. Pictures in 1976, starred Philip Michael Thomas, Irene Cara, Lonette McKee and Mary Alice, with songs and score composed and produced by Curtis Mayfield. One song from the Sparkle soundtrack, “Something He Can Feel”, became a hit single for both Aretha Franklin (in 1976) and En Vogue (in 1992), while the film itself became a cult classic.

In the mid-1990s, BrownHouse Productions, run by Whitney Houston and Debra Martin Chase, secured the rights to a Sparkle remake from Warner Bros. Houston had intended to cast R&B singer Aaliyah in the lead as Sparkle, but Aaliyah died in a plane crash in August 2001 before the film went into production. Following the 2011 release of their first feature, Jumping the Broom, Salim Akil and Mara Brock Akil, the creative team behind the TV series The Game and Girlfriends, took on Sparkle as their next project, with Houston executive producing and starring as the mother of the three girls.