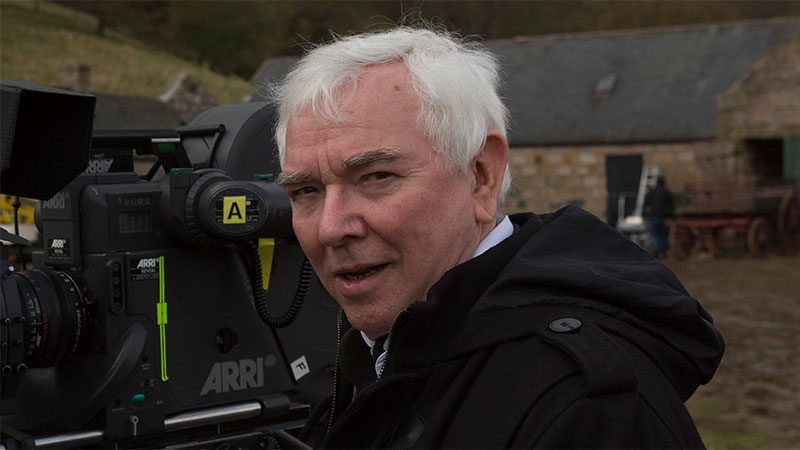 Terence Davies (born 10 November 1945) is an English screenwriter, film director, novelist and actor.Terence Davies is a globally respected writer and film director of both original and adapted works. As a filmmaker, Davies is noted for his recurring themes of emotional (and sometimes physical) endurance, the influence of memory on everyday life and the potentially crippling effects of dogmatic religiosity on the emotional life of individuals and societies.

Stylistically, Davies’ works are notable for their symmetrical compositions, “symphonic” structure and measured pace. He is the sole screenwriter of all his films. The caliber of his work lead to Screen on the Green crediting him as ‘Britain’s Greatest Living Director’ in 2009.

Terence Davies was educated at Catholic Primary and Secondary schools in Liverpool followed by work in accounting and bookkeeping. From 1965 – 1973 he gained amateur acting experience, winning the LAMDA Gold Medal and first prize in the National Arts Awards. From 1973 – 1975 he was a student at The Coventry Drama School. From 1967 – 1975 he had a number of short stories and other pieces broadcast on radio, directed a stage play and had a one act play performed at Manchester University.

From 1977 – 1980 he was a student at the National Television and Film School. His first three films; Children, Madonna and Child and Death and Transfiguration, became known as his Trilogy and established his powerful aesthetic on the filmmaking scene. The prizes for his early films include Bronze and Gold Hugo’s from Chicago, and Madrid’s Special Jury Prize among many others.

Between 1985 and 1987 Terence wrote and directed his internationally acclaimed Distant Voices, Still Lives. The film received the following awards and nominations:

Terence then wrote and directed The Long Day Closes for Channel 4 and The British Film Institute. The film received similar approbation from critics worldwide and was selected in the Official Competition at The Cannes Film Festival 1992. It also won Best Film at The Birmingham Film Festival in 1992, joint first prize, The Golden Spike, at Valladolid in 1992 and in the 1993 Evening Standard British Film Awards won Best Screenplay and was nominated for Best Film and Best Technical Achievement – Lighting, Editing and Design.

In 1996, Terence adapted and directed The Neon Bible. The film was taken from the novel by John Kennedy Toole and was financed by Scala Productions.

In 2000, Terence adapted and directed The House of Mirth from the Edith Wharton novel. Winner of Best Actress Award – Independent Film Awards.

In 2007/2008 he wrote, directed and narrated a documentary about Liverpool entitled Of Time And The City. Funded by Digital Departures, BBC and The Office of the City of Culture 2008, Liverpool, the film played over 50 festivals worldwide and won the New York Film Critics Circle Prize for Best Documentary 2009.