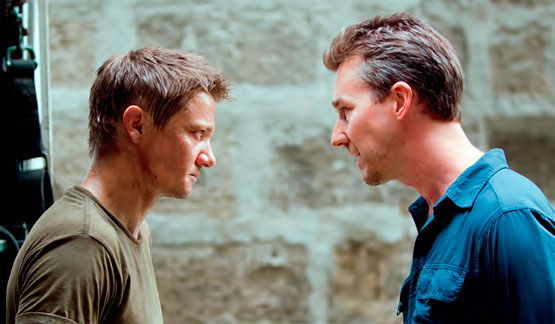 The narrative architect behind the Bourne film series, TONY GILROY, takes the helm in the next chapter of the hugely popular espionage franchise that has earned almost $1 billion at the global box office: The Bourne Legacy. Building on the foundation of the Bourne universe created by ROBERT LUDLUM, the writer/director expands the saga with an original story that reveals a larger conspiracy. 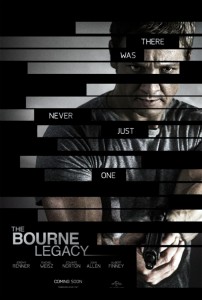 As The Bourne Legacy rockets from Washington, D.C. and Manhattan to Alaska and Southeast Asia, Gilroy retains the spirit of the previous Bourne films.

Twelve years ago, audiences were introduced to Jason Bourne when he was pulled unconscious from the Mediterranean. Over the course of three films, they followed his journey to survive and discover his identity. The Bourne Legacy pulls back the curtain to expose a darker layer of intrigue, a deeper mythology, and a new hero who must battle to stay alive when his program suddenly becomes a liability. The Bourne Legacy is exactly that—the legacy— the aftermath—of what’s come before.

As the filmmakers of the Bourne franchise pondered the next chapter in the series, they faced a conundrum: At the end of The Bourne Ultimatum, the protagonist had been involved in a shootout in London’s Waterloo Station and then an even more high-profile car chase gunfight through the streets of New York City. Jason Bourne had gone public in a big way.

He was poised to expose the U.S. government for its litany of crimes when he vanished. Producer Frank Marshall explains the hurdle: “The challenge was ‘Where are we going to go now?’ Jason Bourne knew who he was, didn’t want to be in the same business anymore and wanted to go off on his own. We had to create a new set of circumstances for the story to go forward.”

In April 2010, several months after Paul Greengrass and Matt Damon opted not to participate in this chapter of the series, producers Jeffrey Weiner and Ben Smith met with the franchise’s narrative architect, Tony Gilroy, and asked him if he might spend some time thinking about how to move forward. Gilroy was intrigued and agreed to see if he could find an exciting way to continue this world that he had helped to create—one that had launched a new kind of spy thriller.