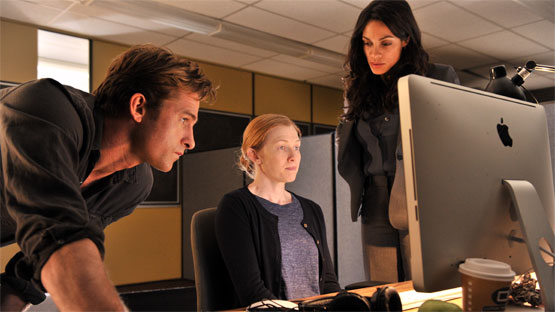 A pick up truck pulls off the highway at a diner. Confident that his young daughter is safe in the back seat and promising to return with ice cream, the father slips out of his truck and into the diner. When he returns, she is gone. The psychological thriller, THE CAPTIVE examines how this kidnapping destroys the relationships among those involved. As the film teases out the complex threads weaving together the victim, her family, the predators and the investigators, the mystery of what happened to the child is revealed. 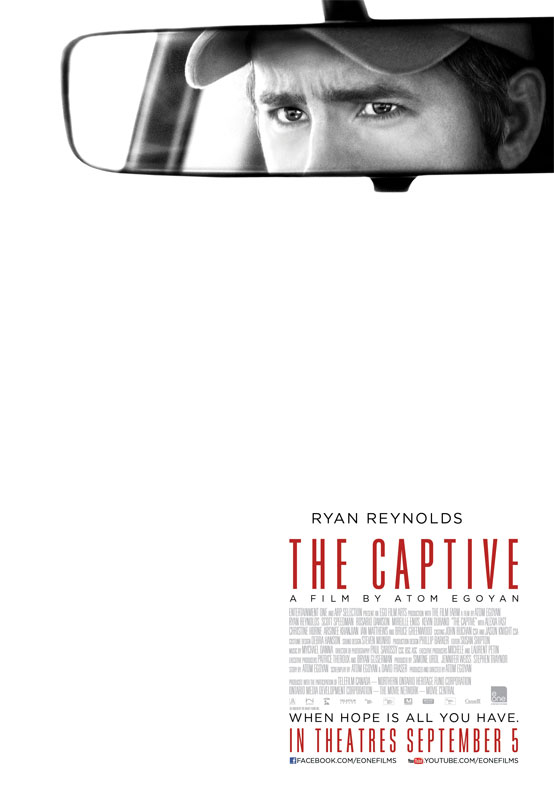 Police forces in southern Ontario have had some high-profile success in breaking through international paedophilia rings. Detectives from the Niagara Regional Police Service assigned to these cases were generous enough to allow the creative team access to their working environment – a space full of papers, computers, posters, coffee mugs.

THE CAPTIVE, a film that describes absence and loss, was filmed in some of the most fascinating of Canadian landscapes – Northern Ontario and Niagara Falls. Both areas offer dramatic images of the power of nature only slightly influenced by the will of man.

Ryan Reynolds and Mireille Enos had not worked together prior to THE CAPTIVE. Before heading to Sudbury, the two met at rehearsals in New York with director Atom Egoyan. “We found a great rhythm to echo the push-pull relationship that our characters have,” Reynolds recalls.

Scott Speedman arrived in Sudbury after having spent seven months in Hawaii. “Sure, it was cold, but it was fun.” Unlike her co-stars, Rosario Dawson hadn’t actually meet Egoyan until she came to Toronto for costume fittings. “I read this unusual script – very modern, very complex. It feels very honest and very real, and it’s not exploitative, which is remarkable for the material.”

“We can no longer count on having a ‘real’ winter in Toronto,” explains director Atom Egoyan. “Moving our locations further north seemed like the sensible thing to do. We are telling a story that has yet to be seen on film and I wanted to set that story in landscapes that are unfamiliar to audiences.”

Cinematographer Paul Sarossy found an odd freedom in the tonality and the temperature of the locations. “I definitely think the arid coldness serves the story. It’s not a green world, it’s a white world; so many colours are missing.” But, Winter 2013 in Sudbury, Ontario was hard for both the film crew and their equipment. For digital cameras to function, their sensors must stay warm. As temperatures hovered around minus 35 degrees Celsius (minus 65 on the moving camera car), the crew was forced to get inventive.

The precious cameras were covered with electric heating blankets, swaddled in kids’ down jackets and then wrapped in plastic garbage bags to protect them from the salty road spray. While shooting exteriors, camera batteries with a normal life of four hours were dead in 30 minutes. Solution? Store batteries in warm Coleman coolers. With that low-tech solution, the camera team was able to get 2 hours of juice from a battery.