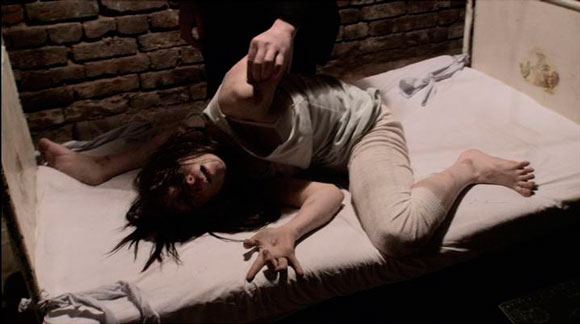 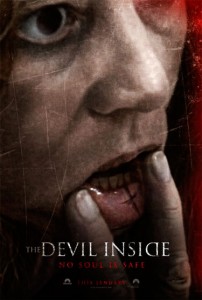 In 1989, emergency responders received a 9-1-1 call from Maria Rossi (Suzan Crowley) confessing that she had brutally killed three people. 20 years later, her daughter Isabella (Fernanda Andrade) seeks to understand the truth about what happened that night.

She travels to the Centrino Hospital for the Criminally Insane in Italy where her mother has been locked away to determine if her mother is mentally ill or demonically possessed.

When she recruits two young exorcists (Simon Quarterman and Evan Helmuth) to cure her mom using unconventional methods combining both science and religion, they come face-to-face with pure evil in the form of four powerful demons possessing Maria.

Principal photography began in 2010 in several locations, including Bucharest (Romania), Rome (Italy) and Vatican City. The film is of the “found footage” genre, and so is shot in documentary style despite being fictional. Lorenzo di Bonaventura and Steven Schneider took the movie to Paramount Pictures, who ultimately produced it through their low-budget company Insurge Pictures, who acquired the film as their first release hoping it would replicate the success of Paranormal Activity.

The genesis of the film happened in 2005, as writer Matthew Peterman read about the Vatican’s school of exorcism and approached director William Brent Bell on exploiting that.

The duo wrote a traditional script and got frustrated with that process, so they rewrote to a mockumentary style following a suggestion from producer Morris Paulson.

The Devil Inside was shot in several different locations including Bucharest, Romania, Rome, Lazio, Italy, and Vatican City.