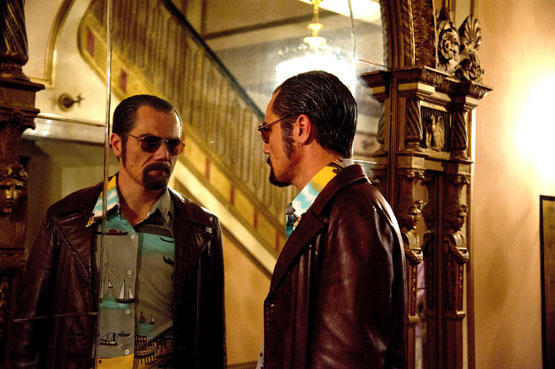 Millennium Films and Bleiberg Entertainment bring the story of notorious contract killer Richard Kuklinski, nicknamed “The Iceman,” to the big screen. Inspired by actual events, The Iceman follows notorious contract killer Richard Kuklinski (Academy Award® nominee Michael Shannon) from his early days in the mob until his arrest for the murder of more than 100 men. 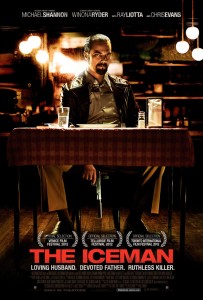 Convinced that Kuklinski’s life contained the seeds of a compelling story, director Ariel Vromen teamed up with writing partner Morgan Land to pen the screenplay The Iceman. Determined to direct the project, he then reached out to veteran producer Ehud Bleiberg, whom he had previously met with for another project. Bleiberg, who has produced more than 30 films, was moved by Vromen’s passion and recognized the potential for an intriguing portrayal of a man who somehow managed to balance two wildly conflicting realities.

Appearing to be living the American dream as a devoted husband and father; in reality Kuklinski was a ruthless killer-for-hire. When finally arrested in 1986, neither his wife nor daughters have any clue about his real profession.

Co-starring Academy Award® nominee Winona Ryder and Chris Evans, The Iceman is directed by Ariel Vromen from a script he wrote with Morgan Land. Ray Liotta, David Schwimmer, Robert Davi  and Danny Abeckaser round out the cast. The film features cameo appearances by Stephen Dorff  and James Franco.

The film was shot primarily in Shreveport, Louisiana, where Millennium Films owns a studio. The city doubled for New Jersey and New York, with the action set in a period that spanned from the 1960s through the late 1980s. Filming began on December 15, 2011, and wrapped on January 28, 2012. In addition, one day of filming took place on the streets of New York in April 2012.

In 1992, HBO aired the disturbing documentary, “The Iceman: Confessions of a Mafia Hitman.” It was a series of one-on-one interviews with Richard Kuklinski, a known contract killer, who was serving a life sentence in a New Jersey prison for killing 100 men. In the documentary, Kuklinski details how he committed the murders, showing no remorse except when he talks about his family, who had no idea of his heinous acts until his arrest in 1986.

The haunting documentary mesmerized filmmaker Ariel Vromen, who had directed two movies at that point in his career, one of them being the well-received Danika, which starred Marisa Tomei and won Best Feature Film at the San Diego Film Festival in 2006. “I was amazed by the story,” Vromen recalls. “The weirdest feeling that I had was that I liked the guy.”