The Last Exorcism is an horror film directed by Daniel Stamm. It stars Patrick Fabian, Iris Bahr and Louis Herthum. 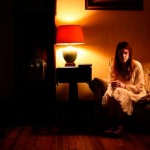 The Last Exorcism was directed by the German Independent filmmaker Daniel Stamm and produced by Eric Newman, Eli Roth, Marc Abraham and Thomas A. Bliss.

The film is told from the perspective of a disillusioned evangelical minister, who after years of performing exorcisms decides to participate in a documentary chronicling his last exorcism while exposing the fraud of his ministry. After receiving a letter from a farmer asking for help in driving out the devil, he meets the farmer’s afflicted daughter, Nell. The tagline and premise of the movie is “If you believe in God, then you must believe in the Devil.” The film itself is presented as “found footage”.

The film premiered on 25 January 2010 as part of the Sundance Film Festival and is part of the South by Southwest Film Festival 2010. On 12 February 2010 Lionsgate saved the rights for the US Distribution and has set the release of the film on 27 August 2010. The film will run on the LA Film Festival on 17 June 2010 and was here narrated by Eli Roth.

The Last Exorcism is the last screened film on 30 August 2010 on the Film4 FrightFest 2010. The DVD and Blu-Ray release comes over Studio Canal. Bloody Disgusting hosted the screening of the 2010 San Diego Comic-Con International and the second screening on 24 July 2010 is narrated by Eli Roth.

The film was shot in the style of ‘Blair Witch Project’ and ‘Quarantine’, it was also shot in ‘found footage’. Strike Entertainment and StudioCanal hold the theatrical rights.