The Last Song is a 2010 American coming of age drama film developed alongside the Nicholas Sparks novel by the same name. The film was directed by Julie Anne Robinson in her feature film directorial debut and co-written by Sparks and Jeff Van Wie. 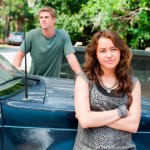 Cyrus’ busy schedule necessitated that filming of The Last Song take place over the summer. Sparks noted, “She’s got a fall music tour and then she’s back filming Hannah Montana in the spring again. So the only time she had free in her schedule was over the summer.” Principal photography began on June 15, 2009 and finished on August 18, 2009. Filming did not take place during weekends.

The Last Song stars Miley Cyrus, Liam Hemsworth, and Greg Kinnear and follows a troubled teenager as she reconnects with her estranged father and falls in love during a summer in a quiet Southern United States beach town. The film is distributed by Touchstone Pictures. Sparks was approached to write both the film’s screenplay and the novel.

Sparks completed the screenplay in January 2009, prior to the completion of the novel, making The Last Song his first script to be optioned for film. The setting, originally North Carolina like the novel, changed to Georgia after states campaigned for months to host production. Upon beginning production in Tybee Island, Georgia and nearby Savannah, The Last Song became the first movie to be shot and set in Tybee Island. Filming lasted from June 15 to August 18, 2009 with much of it occurring on the island’s beach and pier. The Last Song was originally scheduled for wide release on January 8, 2010, but was postponed to March 31, 2010.

The Last Song is Miley Cyrus’s first role away from Disney and Hannah Montana. It was also Liam Hemsworth’s first Hollywood role. Before The Last Song, Liam was in two Australian Soaps called Home And Away And Neighbours.

LAst song’s plot – At seventeen, Veronica “Ronnie” Miller (Miley Cyrus) remains as rebellious as she was the day after her parents’ ugly divorce and father’s subsequent relocation to Georgia three years ago. Once a classical piano child prodigy under the tutelage of her father, Steve Miller (Greg Kinnear), Ronnie now rejects the instrument and has not spoken to her father since he left. While Juilliard School has been interested in her since she was young, Ronnie refuses to attend.

The Last Song began when Disney executive Jason Reed met with Miley Cyrus to discuss her future career plans. At the time, Cyrus had been known mainly for starring as a pop star on Disney Channel’s Hannah Montana, a children’s television series that had expanded into a globally successful media franchise. As the series neared its end, Disney hoped to create a star vehicle to help Cyrus break out of the pop persona she had developed through the franchise and to introduce Cyrus to older audiences. During her meeting with Reed, Cyrus expressed a desire to film a movie similar to A Walk to Remember, a 2002 film based on a novel by Nicholas Sparks.

A Walk to Remember helped Mandy Moore, then a teen pop star much like Cyrus, launch an acting career. Disney called Adam Shankman, director of A Walk to Remember, who signed on to produce the potential Cyrus film along with his sister and Offspring Entertainment production company partner, Jennifer Gibgot. Tish Cyrus, Cyrus’ mother and co-manager, became the film’s Executive producer. Cyrus’ acting representation, United Talent Agency, then contacted Sparks, also a UTA client, to ask if he had plans for a novel appropriate for a film adaptation starring Cyrus.