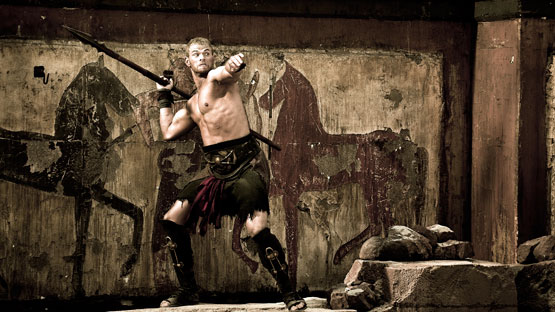 The complexity of Hercules’ story drew interest from the film’s director and producer, Renny Harlin, when he was just a young boy. For writers Sean Hood and Daniel Giat, the myth and infamous story of this demi‐god also spoke to them and drew them to the project. 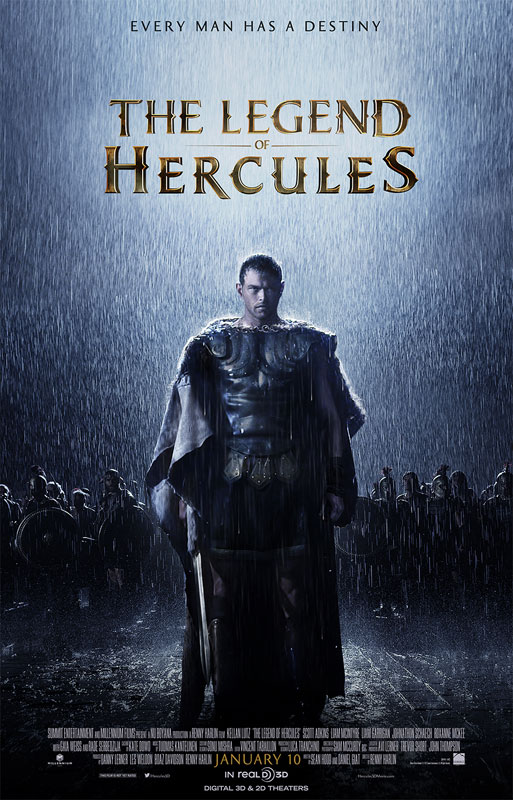 The Legend of Hercules production began in Sophia, Bulgaria, with many of the film’s elaborate action sequences shot on green screen at Boyana Studios, the largest in Eastern Europe

The filmmaker was interested in telling a story that did not simply recount the same myths told over time, but instead wanted to provide a counter perspective focusing on the man. “People can already picture Hercules as this huge, muscular man who goes around doing superhuman things—but we really wanted to break away from that and introduce audiences to Hercules as a young man who is conflicted with his identity,” said Harlin.

For the role of Hercules which has been reprised over the years by many, Harlin wanted to cast an actor people could really embrace as a fresh, new face—and someone who could take the character of Hercules and make it his own. “The way we approached the casting of this entire movie, was that we wanted rising actors who weren’t necessarily associated with a lot of other previous roles,” said Harlin. “I really wanted young faces and great actors.”

Harlin searched through Europe, Australia and the U.S. for actors and had them test on screen with different scenes. Some of the actors weren’t found until right before production began, including for the role of Queen Alcmene. “We didn’t find Roxanne McKee until about the week before we started shooting,” said Harlin.

Kellan Lutz recalls his connection to the role of Hercules also began as a young boy with a wild imagination living on a farm. “Once Renny had the script, I wanted to meet with him, and I almost felt like if I bugged him enough, and showed him how much this part meant to me, that I’d get the role. So I auditioned for him, and he saw something in me and here I am today just living that little boy’s dream.”

Starring as Hercules’ best friend and partner in battle, Sotiris, Liam McIntyre had also long admired this time period. As Hebe, the Princess of Crete, Gaia Weiss’ first impression of the expansive sets had her feeling like a kid in an amusement park. “I was absolutely amazed because everything is so grand,” said Weiss. Weiss prepared for her role by creating a soundtrack that would get into the right emotion. As King Amphitryon, Scott Adkins has had previous experience playing villains and enjoyed playing the bloodthirsty cruel king.

According to prop master, Dirk Buchmann, what is special about a film like The Legend of Hercules, is that everything has to be made. “We can’t simply go to a shop and buy the shields and swords,” said Buchman. “We’re creating our own, more authentic approach, as opposed to going to prop rental houses and taking things from other movies. We took great care in developing each prop to ensure historical accuracy.”

Harlin found several locations in Bulgaria for the film including a large cave where he would set an enormous battle scene. “This is probably the only movie that has such a big battle scene inside a cave,” said Harlin. “It’s an incredibly large cave, and we had thousands of people there shooting that scene.” Almost all of the film’s crew is from Bulgaria, with some other key crewmembers from different European countries and the United States.