The Other Woman (original title: Love and Other Impossible Pursuits) is a drama directed by Don Roos and adapted for film by himself. The film is based on the Ayelet Waldman novel Love and Other Impossible Pursuits, and distributed by Incentive Film Distribution in the US. The film stars Natalie Portman, Lisa Kudrow, Scott Cohen, and Charlie Tahan. 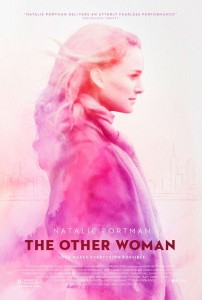 In The Other Woman, Emilia is a Harvard law school graduate and a newlywed, having just married Jack, a high-powered New York lawyer, who was her boss when she began working at his law firm.

Emilia Greenleaf’s (Natalie Portman) life is turned upside down. Grieving the loss of her infant daughter Isabel, she is still coming to terms with her status as the second wife of lawyer Jack Woolf (Cohen).

Vilified as a homewrecker, she attracts the unyielding ire of his embittered ex-wife Carolyn (Kudrow), and now she must come to terms with her stepson, William (Tahan), who needles her with constant references to her dead baby.

Adapted from the novel “Love & Other Impossible Pursuits” by Ayelet Waldman, the movie seeks to encompass a meaningful journey for Emilia as she blossoms from office tart to shattered dreams of motherhood, tracking her developing acknowledgment of guilt and grief while she suffers through an impossible position as the titular character.

She’s obviously a broken woman, but her concerns are confusing. She’s an adulterer, a reluctant mother, a target for the NYC elite, and a resentful daughter to her unfaithful father; Emilia’s a complex character worthy of extraordinary patience.