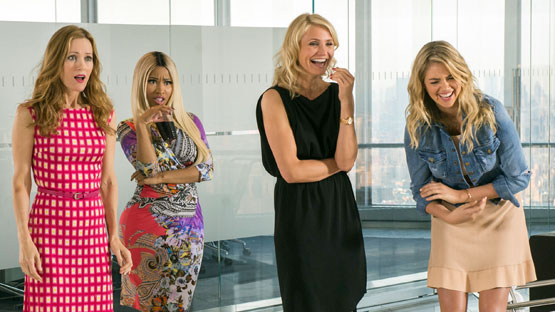 After discovering her boyfriend is married, a woman (Cameron Diaz) tries to get her ruined life back on track. But when she accidentally meets the wife he’s been cheating on (Leslie Mann), she realizes they have much in common, and her sworn enemy becomes her greatest friend. When yet another affair is discovered (Kate Upton), all three women team up to plot mutual revenge on their cheating, lying, three-timing SOB. 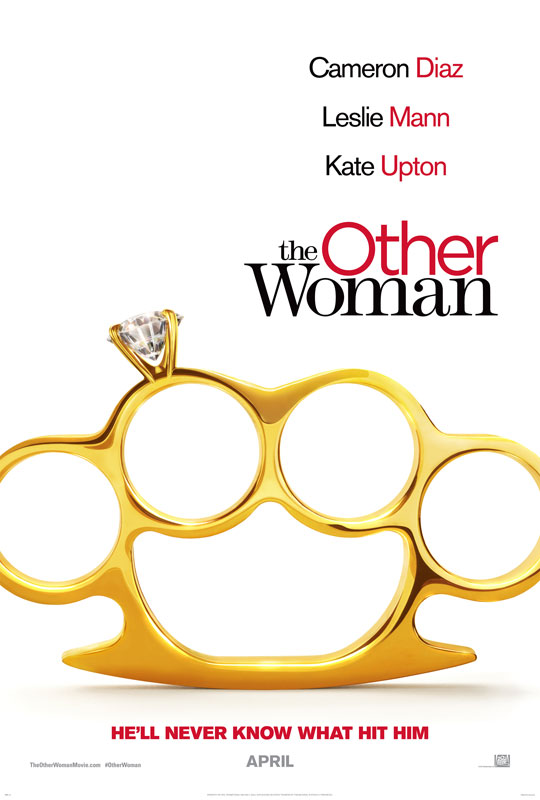 Kate and Mark King’s posh suburban world was scripted as being in Connecticut, but was filmed in Westchester, NY, at a private house in Harrison.

Producer Julie Yorn had long been looking for a comedic vehicle for a strong female duo or ensemble, when she latched on to an idea by screenwriter Melissa K. Stack.  With a script in place, Yorn began searching for a director, and found her man in Nick Cassavetes, who had earned praise for helming “The Notebook” and “Unhook the Stars,” both of which had memorable female roles.  When Cassavetes read the script for THE OTHER WOMAN he said, “I have a strong mother, daughters and sisters.  I have a strong connection to women and I really love what this movie says about the power of female relationships.”

From the moment the characters began to take shape in Stack’s screenplay, Yorn had one actress in mind for the character of Carly. “The dream was always to cast Cameron Diaz” Yorn explains.

Leslie Mann, who portrays suburban über-homemaker Kate, has, says Yorn, “this archetypal suburban wife thing with just a little pathos under the surface that could come undone.  We always thought there was an unexpected quality to this tightly wound character, and Leslie really made that come alive.”

Another unexpected casting coup was Nicki Minaj, who portrays Carly’s secretary, Lydia. Minaj added something to the part that Yorn hadn’t counted on: “We all have a sense of Nicki’s persona and larger than life personality, but she came in with the most humble approach and attitude. She was dying to sit at the feet of these other women and learn.”

After wrapping in the Hamptons, cast and crew packed up their gear and hopped on a flight to the Caribbean.  Yorn recalls:  “The original draft of the script didn’t have the journey to the Bahamas section, and it felt like it was lacking a big, action-oriented piece at the end. Nick came up with this idea that the ladies travel to the island paradise to catch Mark committing fraud. So we get to have the great moments of them chasing him and having to go on an adventure together.”

The Bahamas and the resorts at The Atlantis welcomed THE OTHER WOMAN cast and crew for a week of filming at the end of the shoot.