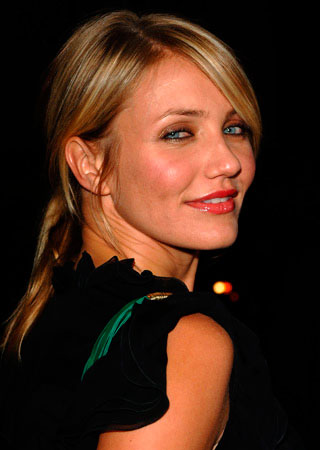 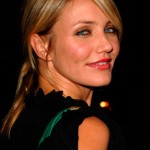 At age 16, she began her career as a fashion model. Diaz contracted with modeling agency Elite Model Management. For the next few years she worked around the world for contracts with major companies.

Cameron Michelle Diaz (born August 30, 1972) is an American actress and former model. She became famous during the 1990s with roles in the movies The Mask, My Best Friend’s Wedding, and There’s Something About Mary.

Other notable movie credits include Charlie’s Angels, and voicing the character Princess Fiona for the Shrek series. Diaz received Golden Globe award nominations for her performances in the movies There’s Something About Mary, Being John Malkovich, Vanilla Sky, and Gangs of New York.

At age 21, Diaz auditioned for the movie The Mask, even though she had no previous acting experience, based on the recommendation of an agent for Elite who met the film’s producers while they were searching for the female main actress. After obtaining the main female role, she immediately started acting lessons. The Mask became one of the top ten highest grossing films of 1994, and earned Diaz nominations for several awards.