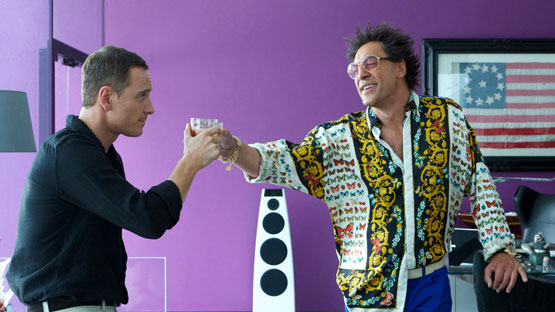 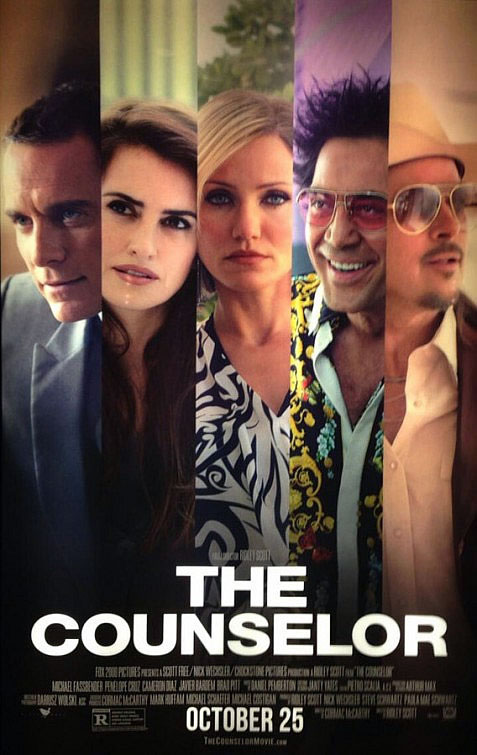 McCarthy sold the script to producers Nick Wechsler, Steve Schwartz and Paula Mae Schwartz, the producing trio behind the adaptation of The Road. Shortly thereafter, Ridley Scott read the screenplay and wanted to make it his next film.

After the producers learned that that legendary filmmaker Ridley Scott was interested in the material, they set up a meeting between Scott and the author/screenwriter.  McCarthy remembers, “We chatted about the screenplay and shook hands.  One day you’re at home drinking coffee, and a few months later you’re in Spain [where much of THE COUNSELOR was shot] with over 200 crew and actors.”

With Scott directing McCarthy’s original screenplay, The Counselor garnered significant industry attention, and the filmmakers began to assemble a dream cast.  “It’s a great group of actors playing enticing characters you haven’t seen before on screen,” says Wechsler. Fassbender was Scott’s sole choice for the role of The Counselor.  Fearless, cool, and charming, Fassbender can do it all – and he embraced the opportunity to reunite with Scott and bring to life McCarthy’s protagonist.

If there’s an innocent in this story, then it is Laura, a beautiful woman with whom The Counselor, says Fassbender, “has fallen profoundly in love.” Penélope Cruz and Fassbender’s first scene together, which opens the film, conveys the depth of their feelings for one another, through an intimacy rarely depicted on screen.  “There is spectacular heat in the characters’ relationship, and we experience that right away in that opening scene,” says Scott.  “It’s the kind of intimacy that goes from zero to sixty in no time at all.” Cruz’s real-life husband, Javier Bardem plays Reiner, a larger-than-life nightclub owner who brings The Counselor into the shady deal.

Strong female leads are a Scott hallmark and Cameron Diaz portrays one of the filmmaker’s toughest and darkest characters ever. Diaz brings a rich history of comedic and dramatic work to her portrayal of Malkina, Reiner’s malevolent girlfriend. Brad Pitt’s character of Westray isn’t malevolent like Malkina, though he certainly has a dark side.

To capture the sun-ravaged borderland that straddles Texas and Mexico, the unit relocated to northern Spain, specifically to Bardenas, a Natural Park of wild beauty. The filmmakers were warned against shooting there, due to the frequent storms in the area.