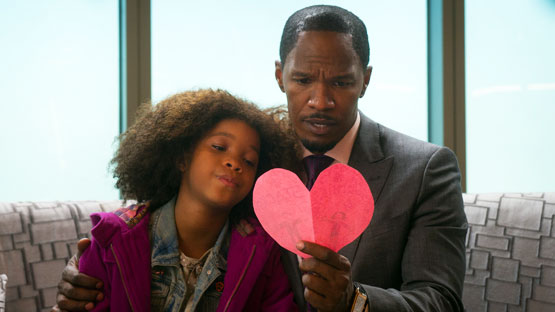 Tenacious, self-assured, and persistently positive, Annie – the iconic character whose relentlessly optimistic search for a family has inspired generations – comes to the big screen with a contemporary vision in Columbia Pictures’ comedy, Annie. 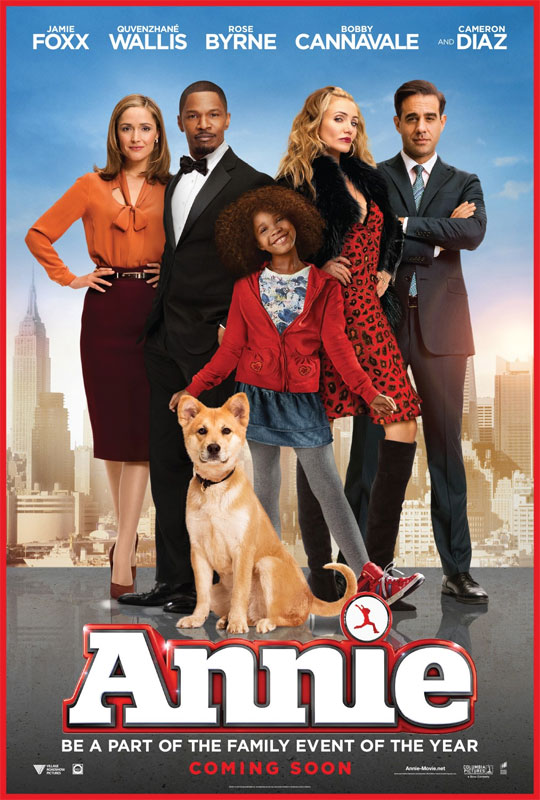 Perhaps the film’s most spectacular location was 4 World Trade Center, a state-of-the-art skyscraper where the production filmed the interiors of Stacks’ luxurious penthouse apartment.

Director / Producer / Screenwriter Will Gluck combines a love of music, enduring characters, and a modern New York setting, teaming with producers James Lassiter, Jada Pinkett Smith & Will Smith, Caleeb Pinkett, and Shawn “JAY Z” Carter, Laurence “Jay” Brown, and Tyran “Ty Ty” Smith to capture the magic of a character who has moved audiences from comics to the stage to television to film.

Director, writer and producer Will Gluck says that in approaching a new vision for Annie – the classic show that won seven Tony Awards on Broadway and went on to become a heartfelt movie classic for 1980s kids who are now parents themselves – he was excited by the chance to work on a film that captures the magic of family. Working with a classic is no easy task, but it’s one that Gluck, along with the producers, approached with equal parts respect and excitement. “Annie has never gone out of style,” Gluck says.

In their vision for the film, Gluck and the producers wanted to put an updated, contemporary spin on the classic Broadway classic. Rather than set the film in the 1930s, “Annie” is set in the present day and the heroine is a 2014 kid in every possible way. Leading the way, as Annie, is Quvenzhané Wallis, who set a record as the youngest person ever nominated for a Best Actress Academy Award®. So the filmmakers have put a thoroughly contemporary spin on these characters – and in so doing, they cast the roles with bright, all-star company of actors, including Jamie Foxx, Rose Byrne, Bobby Cannavale, and Cameron Diaz.

Production designer Marcia Hinds worked closely with Will Gluck, a Manhattan native, to find the film’s locations. From Harlem to Washington Heights to the Upper West Side, from the Guggenheim Museum on 5th Avenue to the modernistic buildings of John Jay College of Criminal Justice on Tenth Avenue, the filmmakers took advantage of everything New York had to offer. Annie sings “Tomorrow” on a lively strip of Lexington Avenue, between 115th and 117th Streets in East Harlem, while the East Side Community School on East 12th Street downtown filled in for Annie’s Harlem school.

Cannavale and Diaz rehearsed the dance for three months, on and off: immediately prior to starring in Annie, Cameron Diaz was in Boston, working on another film, so dance rehearsals were worked around her schedule. Cannavale, choreographer Zachary Woodlee and assistant choreographer Brittany Parks traveled from New York to rehearse with the actress.  “She’d finished a 12-hour day on another film, and then we hit it,” says Cannavale.