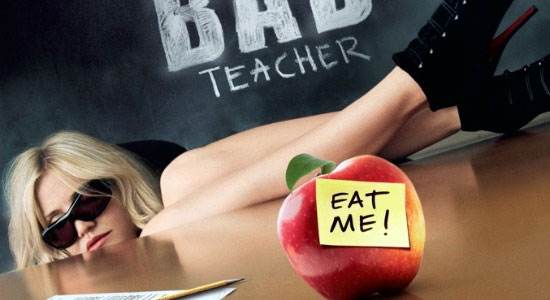 Some teachers just don’t give an F. For example, there’s Elizabeth (Cameron Diaz). She’s foul-mouthed, ruthless, and inappropriate. She drinks, she gets high, and she can’t wait to marry her meal ticket and get out of her bogus day job. When she’s dumped by her fiancé, she sets her plan in motion to win over a rich, handsome substitute (Justin Timberlake) – competing for his affections with an overly energetic colleague, Amy (Lucy Punch). 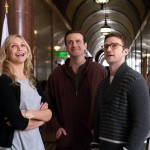 Bad teacher is a comedy centered around a foul-mouthed, junior high teacher who, after being dumped by her sugar daddy, begins to woo a colleague -a move that pits her against a well-loved teacher.

When Elizabeth also finds herself fighting off the advances of a sarcastic, irreverent gym teacher (Jason Segel), the consequences of her wild and outrageous schemes give her students, her coworkers, and even herself an education like no other.

Bad Teacher is directed by Jake Kasdan based on a screenplay by Lee Eisenberg and Gene Stupnitsky. Columbia Pictures purchased Eisenberg and Stupnitsky’s spec script in August 2008. In May 2009, Kasdan was hired to direct Bad Teacher. The following December,Cameron Diaz cast in the film’s lead role. Justin Timberlake was cast opposite Diaz in March 2010, and filming began later in the month.