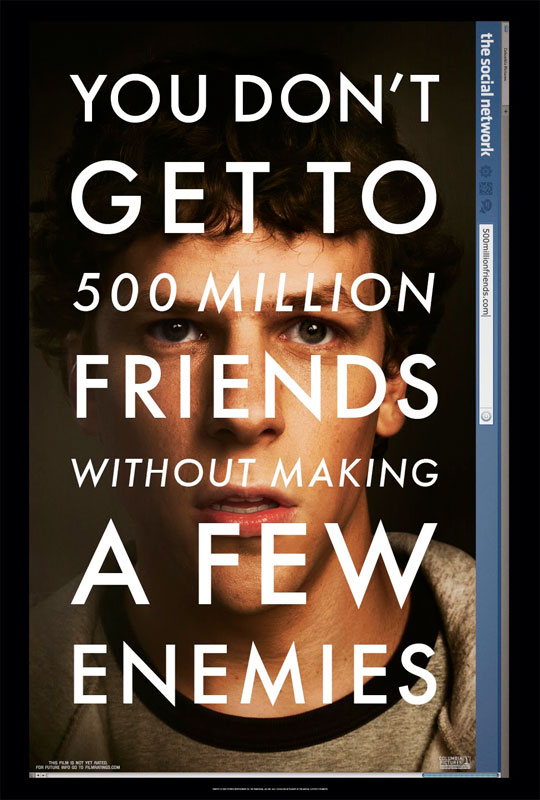 The Social Nnetwork script was leaked on the Internet in July 2009.

The film was written by Aaron Sorkin and adapted from Ben Mezrich’s 2009 nonfiction book The Accidental Billionaires. The film is distributed by Columbia Pictures and is set for an October 1, 2010 release. None of the Facebook staff, including founder Mark Zuckerberg, will be involved with the project. One of the co-founders, Eduardo Saverin, was a consultant for Mezrich’s book.

Filming for The Social Network began in October 2009 in Cambridge, Massachusetts. Scenes were filmed around the campuses of two Massachusetts prep schools, Phillips Academy and Milton Academy. Additional scenes were filmed on the campus of Wheelock College, which was set up to be Harvard’s campus. (Harvard has turned down most requests for on-location filming ever since the filming of Love Story (1970), which caused significant physical damage to the campus.)

Filming took place on the Keyser and Wyman quadrangles in the Homewood campus of Johns Hopkins University from November 2–4, which also doubled for Harvard in the film. From November 16–22, scenes were filmed at California State University, Dominguez Hills.

The Social Network was shot on the Red One camera at 4K resolution.