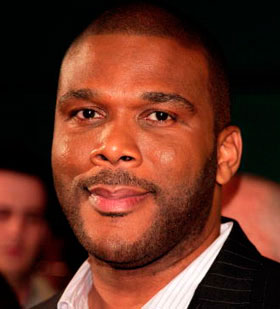 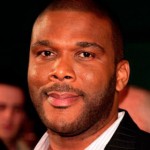 In 2005, Tyler Perry released his first film, Diary of a Mad Black Woman. In 2009, Perry was ranked by Forbesmagazine as the sixth highest-paid man in Hollywood. As of July 2009, Perry’s films had grossed nearly $400 million worldwide.

Perry was born in New Orleans, Louisiana, as Emmitt Perry, Jr. His family consisted of three siblings, his mother, Willie Maxine Perry (née Campbell), and his father, Emmitt Perry, Sr., a carpenter. Perry once said of his father, “his only answer to everything was to beat it out of you.” As a child, Perry once went so far as to attempt suicide in an effort to escape his father’s beatings. In contrast to his father, his mother took him to church each week, where he sensed a certain refuge and contentment. At age 16, he had his first name legally changed from Emmitt to Tyler in an effort to distance himself from his father. After seeing the film Precious, he was moved to relate for the first time accounts of being molested by a friend’s mother at age 10; he was also molested by three men previous to this, and he later found out that his own father was molesting a friend.

While Perry did not complete high school, he earned a GED. In his early 20s, watching an Oprah Winfrey talk show, he heard someone describe the sometimes therapeutic effect that the act of writing can have, enabling the author to work out his or her own problems. This comment inspired him to apply himself to a career in writing. He soon started writing a series of letters to himself, which became the basis for the musical, I Know I’ve Been Changed.

Perry received a $5.5 million budget to fund his first movie, Diary of a Mad Black Woman, which went on to gross $50.6 million domestically, while scoring a 16 percent approval rating at the film review web site, Rotten Tomatoes. On its opening weekend, February 24–26, 2006, Perry’s film version of Madea’s Family Reunion opened at number one at the box office with $30.3 million. The film eventually grossed $65 million. Perry and his co-stars promoted the film on The Oprah Winfrey Show. As with Diary, almost all of the Madeas’ earnings have been generated in the United States.