Loosely based on a stage play Tyler Perry wrote, Tyler Perry’s A Madea Christmas heralds a fresh turn in the Tyler Perry/Madea franchise: a movie that blends Perry’s distinctive blend of humor and uplift with the festive, soulful spirit of the holidays. 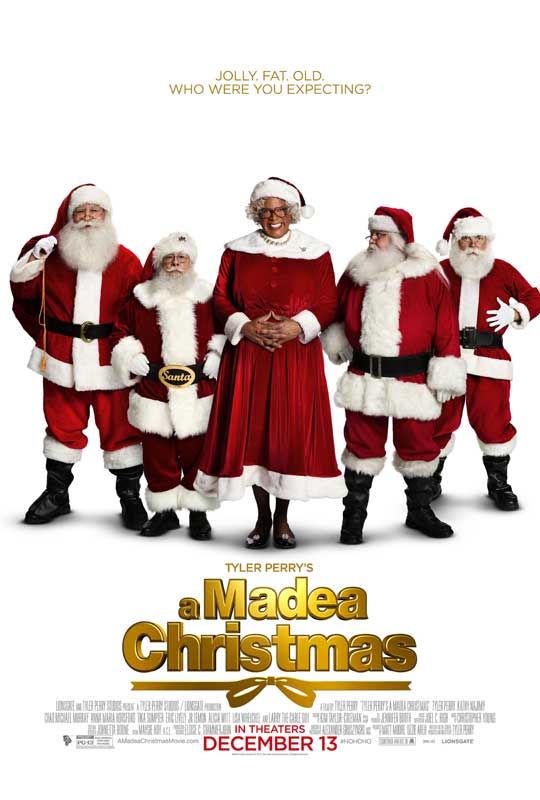 The comedic pitch only rose higher when Larry and Najimy were in scenes with Perry as Madea, who often steered them away from the script into free improvisation.

A Madea Christmas begins with Madea accompanying her niece, Eileen, to pay a surprise visit to Eileen’s daughter, Lacy, who has mysteriously informed her she’s not coming home for the holidays. Lacy lives on a farm in a small town called Buck Tussel, and she’s still avoiding telling her judgmental mother that she’s gotten married to Connor, a white boy she met in college, for fear of disappointing her.

Lacy’s crucial lie, that her husband Connor is just a farmhand, leads to comic chaos when Connor’s parents arrive and have to share close quarters with Eileen and Madea. Connor, played by Eric Lively, finds himself caught in the middle.

While Madea is all bluster and attitude, the film’s core drama occurs between Eileen, played by Anna Maria Horsford, and Lacy, played by Tika Sumpter. These two characters represent a shifting generational divide with strongly differing values and views of race relations.

As usual, Perry managed to direct the production in full Madea regalia, always at-the-ready to jump into character and deliver a stream of inspired Madea-isms in front of the camera. “When Tyler would direct me dressed as Madea, I couldn’t look him in the face. It was just too weird,” laughs Chad Michael Murray. For his part, Tyler Perry is grateful to have assembled a talented cast he could trust wholeheartedly, and he hopes that the community spirit fostered on set shines through the film itself.

Production on A Madea Christmas took place in and around Atlanta in January, 2013. The filmmaking team shot exteriors, in particular the film’s climactic Christmas Jubilee sequence, in a small town called McDonough. “It was fantastic,” says Perry. “The people of McDonough were so excited to have us there, they kept up all of their Christmas lights and decorations so the town was all dressed and ready for the Christmas Jubilee and just about the entire town showed up as extras, too.” Much of the production’s resources were put towards creating an idyllic holiday scene in the town square, replete with carolers, food stands and countless Christmas lights. “They created this huge event,” says Eric Lively.