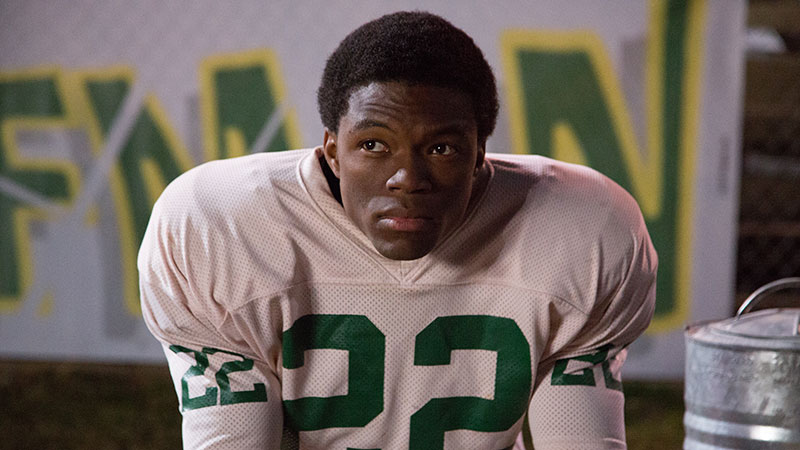 A gifted high school football player must learn to boldly embrace his talent and his faith as he battles racial tensions on and off the field in Woodlawn, a moving and inspirational new film based on the true story of how love and unity overcame hate and division in early 1970s Birmingham, Ala. 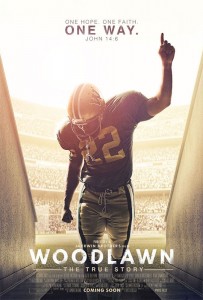 To nail the coach’s voice, Jon Voight acting studio was YouTube, home to dozens of vintage videos of Bryant’s speeches and interviews.

Woodlawn is the true story of how Birmingham, Ala., ripped apart by racism and violence amid civil rights upheaval in the late 1960s, found hope and then healing through a high school football team and its shy star tailback. “My dad planted the seed of this story with me and Jon when we were kids,” explains Andy Erwin, who directed Woodlawn with his brother, Jon. “I saw this story acted out in my bedroom multiple times, where our Dad would play all the parts. He’d be running back and forth and telling us what Tony was doing and jumping up and down.”

Tony is Tony Nathan, portrayed in the film by newcomer Caleb Castille, the star running back for the Woodlawn High School Colonels in 1973. Mr. Erwin (played by Sean Astin) was the team’s chaplain. What does Astin think of what Ellis and the Erwin Brothers have crafted? “It’s as good as any football footage you’ve ever seen,” he says. “It’s not realistic. It’s better. When Tony’s running, it just looks iconic. When there are powerful moments of drama, and there are slow-motion bits, you really feel the emotion of it.”

For Castille, getting to suit up as Nathan – whom he calls “an extraordinary man” — would have been a dream come true if he’d ever had the audacity to dream it. Not only is it a meaty role for an actor in his feature-film debut, but he, too, has a childhood connection to the story through his dad – a star at Alabama who played with Nathan and for Bryant. “I was really aware of Tony before Woodlawn because of the legacy he left at Alabama,” says Castille, who followed in his father’s cleat-steps and won two national championships as a defensive back at Alabama in 2011 and 2012.

Unrest, distrust, hatred and violence all play out in Birmingham, Ala., during the film – just as they are playing out with ever more regularity and tragedy today in places like Ferguson, Mo., Baltimore, Md., and Charleston, S.C. The filmmakers and stars of Woodlawn hope the way their characters overcome the divisions onscreen spills over into the hearts and minds of those who watch their movie from theaters seats.

Jon Voight, who plays legendary University of Alabama coach Paul “Bear” Bryant, minces no words when he talks about racism and his belief that the Erwin Brothers have crafted a film that has the qualities to combat it. The actors who play Tony Nathan’s parents – Sherri Shepherd and Lance Nichols – echo the sentiments that America is ailing, and Woodlawn’s themes point to the cure.

And what of the man who brings Tony Nathan himself to life? Castille says it was emotional shooting the film – during production, racially tinged violence exploded in Ferguson, Mo., home of the actor who plays his best friend.