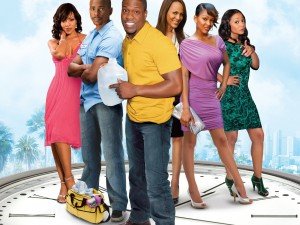 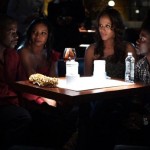 35 and ticking is about a group of 4 friends who grew up together and are now at the age of 35, facing issues related to marriage, love, friendship, children and aging.

35 and Ticking centers around the lives of Victoria, Zenobia , Clevon, and Phil — all friends approaching the age of 35 and struggling to build the families they’ve always dreamed of. While Zenobia (Parker, “Soul Food,” “Brown Sugar”) is still looking for a man, Victoria (Jones, “Castle,” “One on One”) is married to a man who doesn’t want children. Clevon (comic Hart, “Not Easily Broken,” “40 Year-Old Virgin”), meanwhile, is too geeky to get a woman, and Phil (Keith Robinson, “Dreamgirls”) is already married with children, but his wife is not very interested in being a mother.

All four of them try to rectify their romantic lives and futures while their biological clocks tick away.