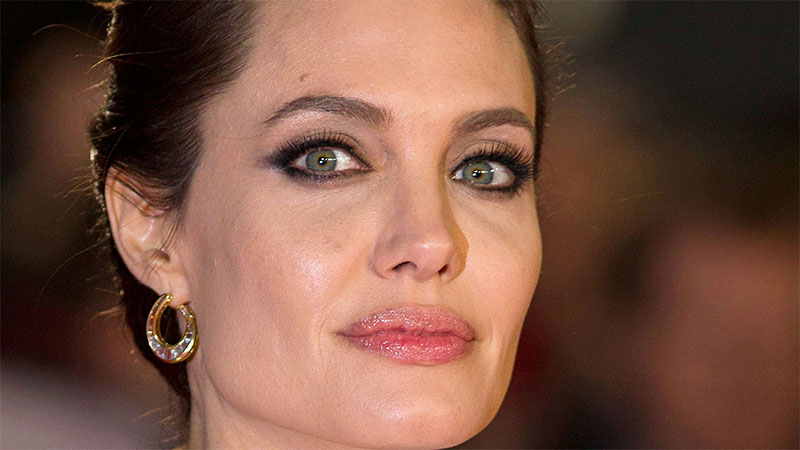 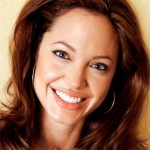 Angelina Jolie (born Angelina Jolie Voight; June 4, 1975) is an American actress. She has received an Academy Award, two Screen Actors Guild Awards, and three Golden Globe Awards. Jolie promotes humanitarian causes, and is noted for her work with refugees as a Goodwill Ambassador for the United Nations High Commissioner for Refugees (UNHCR). She has been cited as one of the world’s most attractive people, as well as the world’s “sexiest” and “most beautiful” woman, titles for which she has received substantial media attention.

After her parents’ separation in 1976, Jolie and her brother were raised by their mother, who abandoned her acting ambitions and moved with them to Palisades, New York. As a child, Jolie regularly saw movies with her mother and later explained that this had inspired her interest in acting; she had not been influenced by her father. When she was eleven years old, the family moved back to Los Angeles. Jolie then decided she wanted to act and enrolled at the Lee Strasberg Theatre Institute, where she trained for two years and appeared in several stage productions.

Her first leading role in a major film was in the cyber-thriller Hackers (1995). She starred in the critically acclaimed biographical television films George Wallace (1997) and Gia (1998), and won an Academy Award for Best Supporting Actress for her performance in the drama Girl, Interrupted (1999).

Jolie began working as a fashion model when she was 14 years old, modeling mainly in Los Angeles, New York and London. During that time she appeared in several music videos, namely Lenny Kravitz’s “Stand by My Woman” (1991), Antonello Venditti’s “Alta Marea” (1991), The Lemonheads’s “It’s About Time” (1993), and Meat Loaf’s “Rock & Roll Dreams Come Through” (1993). At the age of 16, Jolie returned to theatre and played her first role as a German dominatrix. She began to learn from her father, as she noticed his method of observing people to become like them. Their relationship during this time was less strained, with Jolie realizing that they were both “drama queens”.

Born in Los Angeles, California, Jolie is the daughter of actors Jon Voight and Marcheline Bertrand. She is the sister of actor James Haven, niece of singer-songwriter Chip Taylor, and goddaughter of actors Jacqueline Bisset and Maximilian Schell. On her father’s side, Jolie is of German and Slovak descent, and on her mother’s side, she is of French Canadian and Dutch ancestry.She is also said to be part Iroquois through her mother,although Voight has claimed that Bertrand was “not seriously Iroquois”, and that they merely said it to enhance her exotic background.

Jolie’s numerous tattoos have been the subject of much media attention and have often been addressed by interviewers. She has stated that, while she is not opposed to film nudity, her tattoos have forced filmmakers to become more creative when planning nude or love scenes. Jolie has fourteen known tattoos, among which the Latin proverb “quod me nutrit me destruit” (what nourishes me destroys me), the Tennessee Williams quote “A prayer for the wild at heart, kept in cages”, the Arabic phrase “العزيمة” (strength of will), the title of a song by The Clash, “Know Your Rights”, and a twelve-inch-by-eight-inch tiger on her back.