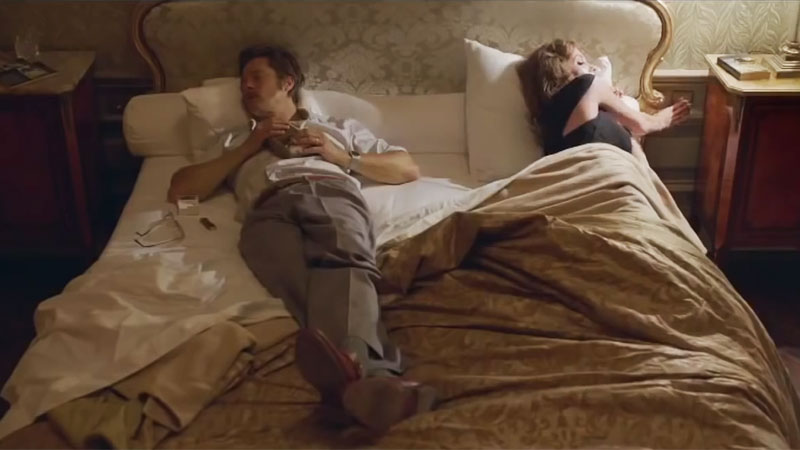 By the Sea follows an American writer named Roland (Brad Pitt) and his wife, Vanessa (Jolie Pitt), who arrive in a tranquil and picturesque seaside resort in 1970s France, their marriage in apparent crisis. As they spend time with fellow travelers, including young newlyweds Lea (Laurent) and François (Poupaud), and village locals Michel (Arestrup) and Patrice (Bohringer), the couple begins to come to terms with unresolved issues in their own lives. 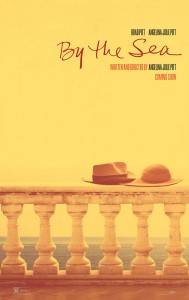 Even though the production was lensed in Malta, the set resembles a remote calanque (a steep-walled inlet) in the South of France. While today it would be filled with different kinds of restaurants and tourists, in the ’70s one could still find these kinds of places in the south of the country—with only one little auberge hosting fisherman and tourists mixed together in the same place.

Prior to her feature-length directorial debut, In the Land of Blood and Honey, and well before the beginning of photography on Universal’s World War II epic, Unbroken, Angelina Jolie Pitt wrote the screenplay for By the Sea as an exploration of grief and love.

With a set crafted alongside production designer Jon Hutman, with whom she partnered on Unbroken and In the Land of Blood and Honey, Jolie Pitt chose to set the drama in the ’70s because it was an interesting time for politics and art; naturally, that affected everything in the set design.

Jolie Pitt reflects on her motivation: “I wrote By the Sea thinking that I wanted to explore grief—whether it was how some people haven’t been exposed to it, some have let it settle in, and others have found ways to overcome it. Everybody in this film represents a different way of addressing that subject.” Jolie Pitt admits that she is fascinated by the fluidity of human existence, and that that informed her script.

Joining Jolie Pitt both in production duties and in front of the screen for By the Sea is husband Brad Pitt. He reflects on the story and their experience: “In the sense that it is sparse and elegant in its telling, Angie has written a very European film. Our job as actors is to make it more personal.”

Six characters take center stage in this tale, and Pitt walks us through the key players: “It’s a story about multiple couples at different stages in their lives. There are Lea and François, a couple who is just married and excited by the potential of the future; Michel and Patrice, who, in the form of a friendship, have been hardened and calloused and softened and widened by their experiences. Then there are our characters, Roland and Vanessa, who are at that stage where the newness has worn off and everything has come to the surface. It’s that point where they can either break through this and grow stronger beyond that point, or go their separate ways.”

French performer Melvil Poupaud, who portrays François, appreciated that By the Sea is a deliberate study in intimacy. Portraying his onscreen bride is French actress Mélanie Laurent, who also appeared opposite Pitt in Inglourious Basterds. Laurent admits that shooting By the Sea felt as if she was performing in a play, not on location. She elaborates: “It’s really something for an actress to be in the same room or café every day and not have scenes all over the place. It felt as if we were playing on a set. We forgot the camera and allowed ourselves just to be actors. ”

Portrayed by beloved French actor Niels Arestrup, Michel teaches Roland what it is like to love someone for an entire life…and offers the struggling writer fatherly wisdom.

By the Sea was shot over the course of nine weeks in the town of Mġarr ix-Xini on the island of Gozo in Malta, with the café and exteriors for the hotel built to overlook the gorgeous harbor. Of the production’s time in the country, Pitt states: “We had this amazing bay in Gozo, which was meant to represent Marseille in France. The Maltese/Gozo government was very kind to give us this access.”

Production wrapped, Jolie Pitt reflects upon the film she and her team created and what she hopes that audiences will take from it. The writer/director of By the Sea concludes: “Grief is a part of life, and one can take pride and comfort in knowing pain and grief and learning how to deal with it. Like the fisherman in the film, sometimes you have to go back and forth through the tides of life.”