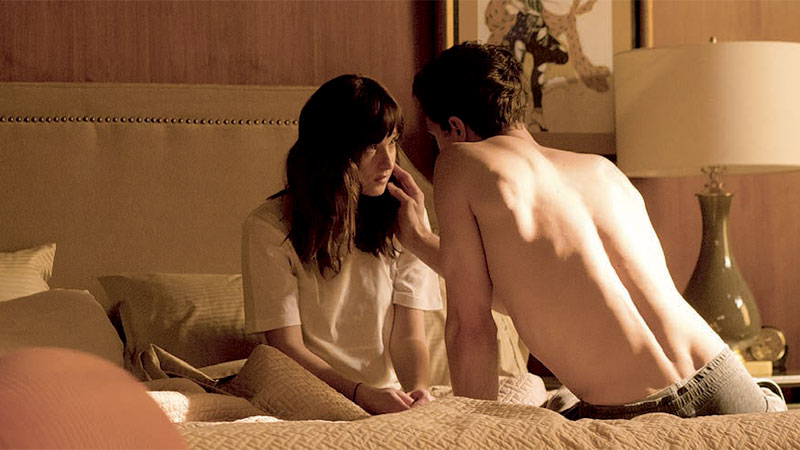 On the surface, “Fifty Shades of Grey” explores the burgeoning relationship between enigmatic 27-year-old billionaire Christian Grey (Jamie Dornan) and sexually uninitiated college senior Anastasia Steele (Dakota Johnson). But when one ventures past the logline, “Fifty Shades” takes a sharp turn away from the majority of popular love stories and romance fiction. 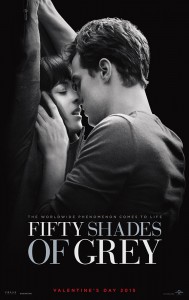 Mindful of opening up a novel that is an internal, first-person narrative, filmmakers took every opportunity to exploit their surrounds, with more than 55 locations figuring into the final shooting schedule.

In March 2012, after a week of meet-and-greets between James and a majority of the studios in Hollywood—followed by a weekend of fevered bidding—Universal Pictures and Focus Features acquired the film rights to the three books published by Random House in the “Fifty Shades” trilogy. The author felt that Universal was the right home for her series. She comments: “I met a lot of wonderful filmmakers from different Hollywood studios, and it wasn’t an easy decision. But in the end, I chose Universal because I believed [chairman] Donna Langley and her team would make a movie that was as faithful to the book as the fans expected and deserved.” She pauses. “And because [executive producer] Jeb Brody made me laugh.”

When rights to the trilogy landed at Universal/Focus, multi-Academy Award®-nominated producers Michael De Luca and Dana Brunetti knew there was a long list of filmmakers waiting to get their hands on it, but they still threw their hats into the ring. Writers meetings were quickly calendared, and a short list of potential scripters was assembled and passed by the studio. The resulting, much narrower, list was then presented to James, and together, the producers (including James) landed on the talented Kelly Marcel, whose work on the lauded Saving Mr. Banks had garnered her BAFTA and several other award nominations.

With Marcel busily adapting, the search for a director intensifi ed. When Sam Taylor-Johnson, the British helmer of several acclaimed short fi lms—along with a feature about the early days of John Lennon titled Nowhere Boy—presented her sizzle reel, she hoped it would convey how she saw the visuals and the tone of the material. The team instinctively knew they had found the ideal director to helm the drama, one who had a deep understanding of the story’s sensuality…

For some time, casting director FRANCINE MAISLER and her team had been seeing actors in New York City, Los Angeles and London, where Jamie Dornan had put himself forward for the role of Christian Grey. The Irish performer, known for his BAFTA Award-winning role on television’s The Fall and his work on Once Upon a Time, taped an audition scene. For script security, those initially auditioning had been asked to prepare a scene from another fi lm (here, Dornan chose a scene from True Romance); it was only later when winnowing applicants that anything approaching scripted materials was provided.

After finding a welcome reception in England, Dornan flew to Los Angeles to audition in person for Taylor-Johnson, a meeting that would put him with the already-cast Dakota Johnson for a “chemistry read.” Tony and BAFTA award winner Jennifer Ehle, who bears more than a passing resemblance to her on-screen daughter, was cast as Carla, Ana’s mother.

To remain true to the settings in the book, and also to provide the necessarily less-than-sunny atmosphere, shooting was set for the Pacific Northwest, specifically Vancouver, British Columbia (which would stand in for Seattle and Vancouver, Washington; and Portland, Oregon). As the movie was shot out of sequence, Taylor-Johnson needed to be able to ground the actors in the time and place of the shot, and access what the characters knew and didn’t know at that point in the script.

Some sites had to bring to life the iconic locations in James’ tome: Heathman Hotel fi lmed at the Fairmont Hotel Vancouver and Washington State University fi lmed at the University of British Columbia, which was dressed with appropriate WSU school S.W.A.G. and 500 collegiate-looking extras.

It was clear that critical sets would have to be constructed—specifically, all of Christian’s penthouse to include the living room, kitchen, dining room, his bedroom, Ana’s bedroom—the white bedroom—not to mention the all-important Red Room.