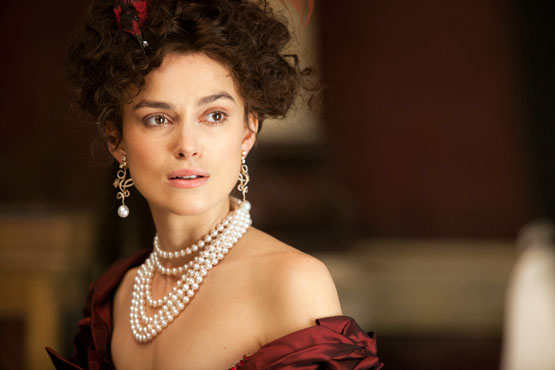 The enduring power of Leo Tolstoy’s novel Anna Karenina is summed up by Anna Karenina director Joe Wright: “Everybody is trying in some way to learn to love.” 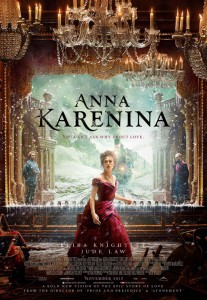 Academy Award nominee Jude Law, who plays the crucial role of Anna Karenina’s husband, Alexei Karenin, read the script and found it “remarkable. I read it before I’d even tackled the book, and in its own right it is so rich. In this adaptation, you never feel that one character was being isolated as a device; each character seemed very precisely drawn.”

The timeless story powerfully explores the capacity for love that surges through the human heart, while illuminating the lavish society that was imperial Russia. The time is 1874. Vibrant and beautiful, Anna Karenina (Ms. Knightley) has what any of her contemporaries would aspire to; she is the wife of Karenin (Jude Law), a high-ranking government official to whom she has borne a son, and her social standing in St. Petersburg could scarcely be higher. She journeys to Moscow after a letter from her philandering brother Oblonsky (Matthew Macfadyen) arrives, asking for Anna to come and help save his marriage to Dolly (Kelly Macdonald). En route, Anna makes the acquaintance of Countess Vronsky (Olivia Williams), who is then met at the train station by her son, the dashing cavalry officer Vronsky (Aaron Taylor-Johnson). When Anna is introduced to Vronsky, there is a mutual spark of instant attraction that cannot – and will not – be ignored.

Keira Knightley, who stars in Wright’s boldly theatrical new movie as Anna, comments, “The story is one we understand today because people still want something they cannot have, still come up against social blocks and rules, and still have trouble communicating emotions to each other.”

Producer Paul Webster says, “Two arcs – Anna’s and Levin’s – meet in the middle of their trajectories across the human heart. One is tragic, and the other is uplifting.”