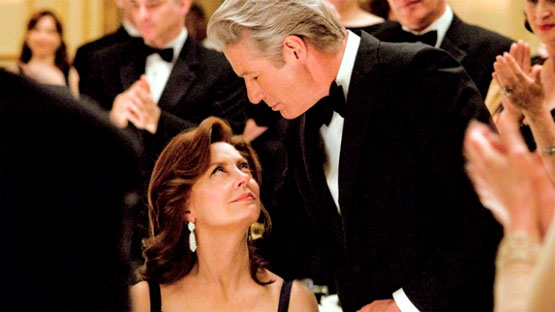 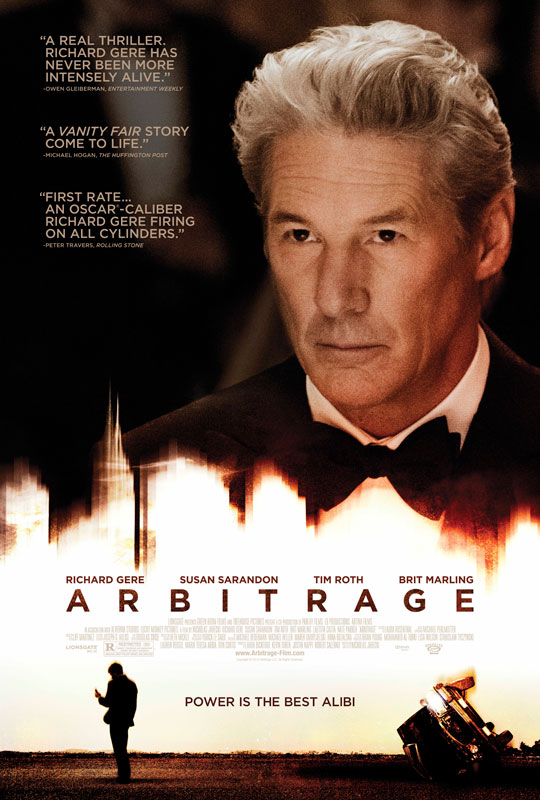 Reflecting upon the experience of his first feature film, Nicholas Jarecki comments that he quickly lost any intimidation about working with such a gifted and award-winning cast.

Arbitrage, the feature directorial debut of writer Nicholas Jarecki, is a taut and alluring suspense thriller about love, loyalty, and high finance. When we first meet New York hedge-fund magnate Robert Miller (Richard Gere) on the eve of his 60th birthday, he appears the very portrait of success in American business and family life. But behind the gilded walls of his mansion, Miller is in over his head, desperately trying to complete the sale of his trading empire to a major bank before the depths of his fraud are revealed. Struggling to conceal his duplicity from loyal wife Ellen (Susan Sarandon) and brilliant daughter and heir-apparent Brooke (Brit Marling), Miller’s also balancing an affair with French art-dealer Julie Côte (Laetitia Casta).

Nicholas Jarecki always wanted the world of the film to feel real, devoid of typical movie convention and false notes. Because of his intricate knowledge and research, he has crafted a film that tries to show in an entertaining and easy to understand way how the world of finance and its key players really do work.

One of the most challenging aspects of the filmmaking was creating a billionaire’s world with a low budget. “We had to document that New York and it’s expensive!” says Jarecki. He wanted the real places that these people go to so the audience could get a real sense of the world these characters live in.

The director was first introduced to Richard Gere through his agent Andrew Finkelstein who was familiar with the project and was following its progress. Nicholas Jarecki was flattered that Gere wanted to read the material. “He was an actor I always had in mind for the role. He really has the slickness, confidence and humanity to bring to that world — to be that cipher, that double man.”

One of the most important components of the film’s casting was putting together the women around Miller: his wife Ellen, daughter Brooke, and mistress Julie.  For Ellen, the role was always written for Susan Sarandon, “who possesses everything I want in a wife —  brilliance, beauty, and heart,” says Jarecki. “I also needed someone who could have shared humble beginnings with Robert and Susan was able to play that perfectly.“