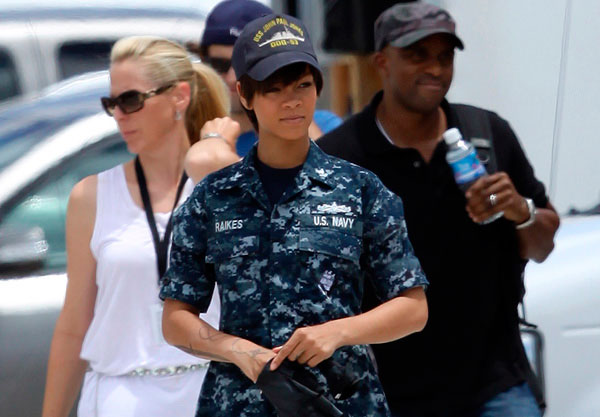 Battleship is a 2012 science fiction naval war film based on the game of the same name. The film is being directed by Peter Berg and will be released by Universal Pictures. Starring in the film are Taylor Kitsch, Alexander Skarsgård, Brooklyn Decker, Rihanna and Liam Neeson. 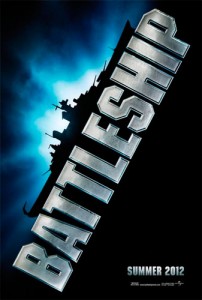 he movie is based on the Milton Bradley game “Battleship” that they have manufactured since 1931 though the manual paper and pencil version of the same game predates 1900.

A story of an international Navy fleet engaged in a very dynamic and intense battle against an alien race known as “The Regents”. The aliens come to planet Earth, on a mission to build a power source in the ocean. Upon their visit, they come in contact with a navy fleet. The film is also purported to show both sides of the story, from the aliens’ perspective, as well as the humans’ so the audience knows exactly where the opponent’s ships are.

Starring in the film are Taylor Kitsch as Alex Hopper, Liam Neeson as Admiral Shane, father of Hopper’s fiancee, played by Brooklyn Decker, and Alexander Skarsgård announced as his brother. Jeremy Renner had been considered for the role of Hopper, but with conflicting schedules, the actor chose to star in a Paul Thomas Anderson drama filming at roughly the same time.

R&B singer Rihanna makes her acting debut in the film.  Tadanobu Asano will also have a role in the film. Child actors Conor McCarry, Dylan Gillooly and John Bell were cast in November 2010 for the roles of Ronnie, Thom and Angus.

The estimated US$200 million project was to begin filming in Australia’s Gold Coast in 2010, but the production company changed locale due to a lack of Australian government tax incentives.

Filming is taking place in the United States on the Hawaiian islands of Maui and Oahu, as well as in Sherman Oaks, California to do a few apartment scenes and in Playa del Rey, California where they will film a driving scene along with a shootout.  Battleship will also be filmed in Baton Rouge, Louisiana, United States.

The Science & Entertainment Exchange provided science consultation for the film.