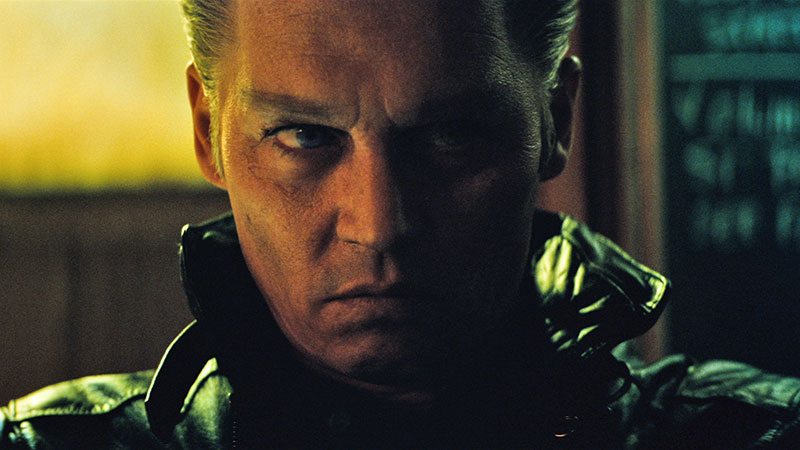 In 1970s South Boston, FBI Agent John Connolly (Joel Edgerton) persuades Irish mobster Jimmy Bulger (Johnny Depp) to collaborate with the FBI in order to eliminate their common enemy: the Italian mob. The drama tells the story of this unholy alliance, which spiraled out of control, allowing Bulger to evade law enforcement while escalating his power to become the most feared crime lord in Boston and one of the most dangerous gangsters in U.S. history. 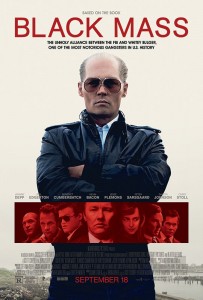 Director/producer Scott Cooper directed “Black Mass” from a screenplay by Mark Mallouk and Jez Butterworth, based on the book by Dick Lehr and Gerard O’Neill.

Cooper relates, “This story interested me because of the bond between these two brothers, who could not have been more different, and John Connolly, who understood the power of the Bulger clan and had always revered them. Connolly ultimately allowed Bulger to run amok in the city because he’d wanted to be in Whitey’s good graces ever since Whitey rescued him in a playground fight when they were kids.”

Johnny Depp, who portrays James “Whitey” Bulger, expands, “Southie was and is a very close knit neighborhood and they were very loyal to Jimmy,” he says, using the first name by which Bulger preferred to be called.”

Cast in the role of John Connolly, Joel Edgerton says, “I think John saw Whitey as a kind of renegade who had this rock star glow about him in the community. To him, there was a deeper connection—he knew the rock star and that rock star had treated him well.”

Producer John Lesher observes that Connolly’s fascination with Whitey might not be so different from the rest of us. Lesher acknowledges that the filmmakers did take some creative license in dramatizing the real-life events “because it would be impossible to adequately portray everything that transpired in a single movie. We composited a few characters and compressed the timeline of some things, but the overall story is based on real events, which makes it extremely compelling.”

Benedict Cumberbatch, who plays the role of Billy, concurs that the dichotomy between the two brothers was an intriguing angle to pursue. “Billy Bulger was a very powerful political figure for many years in the State Senate. If you wanted anything done, you went through him. And then, on the other hand, he’s the brother of Whitey Bulger and is fatefully entwined with quite possibly the most infamous criminal of the 20th century. It’s a fascinating divide.”

One element as important to the fabric of the story as the characters was the city in which the drama unfolded. “Black Mass” was filmed in Boston because “it could not have been shot anywhere else,” Cooper states. “For me, a specific location or a city allows the audience to really grasp a certain place and time, and Boston is a very distinct town.”

A few specific locations simply don’t exist anymore. The Southie bar, Triple O’s, where Whitey and his cronies often hung out, has long since changed hands. “We had scenes inside and outside Triple O’s,” says production designer Stefania Cella, “so we went scouting for a place that had the same atmosphere. We found a perfect space in a less gentrified part of Cambridge. We redid the façade of the Polish American Club, turning it into Triple O’s, and changed the storefronts up and down the streets.”

The suburb of Lynn, Massachusetts, about ten miles north of Boston, also provided exteriors for some street scenes, including the St. Patrick’s Day Parade, led by Benedict Cumberbatch as Billy Bulger.