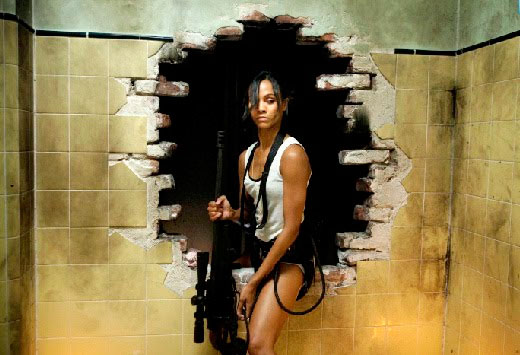 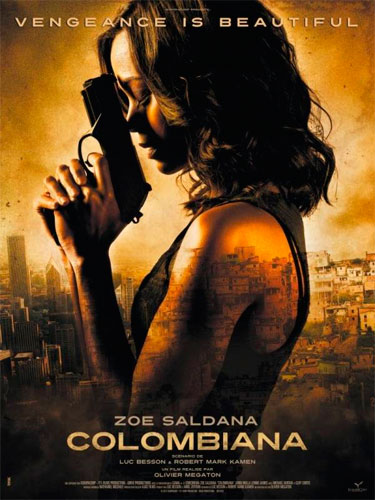 Colombiana is set in Bogota, Colombia

In the action film Colombiana, Zoe Saldana plays Cataleya, a young woman who has grown up to be an assassin after witnessing the murder of her parents as a child. Turning herself into a professional killer and working for her uncle, she remains focused on her ultimate goal: to hunt down and get revenge on the mobster responsible for her parents’ deaths.

The $40 million budget movie filming began around August 20 2010 in locations including Chicago, New Orleans, Mexico, Colombia and Paris. The film was produced by Luc Besson’s EuropaCorp company and the script was written by Luc Besson and Robert Mark Kamen.

Apparently, the French producer Luc Besson (director of The Fifth Element) and director Olivier Megaton, and star Zoe Saldana are already talking a sequel to their revenge thriller, Colombiana if the film does well at the box office.