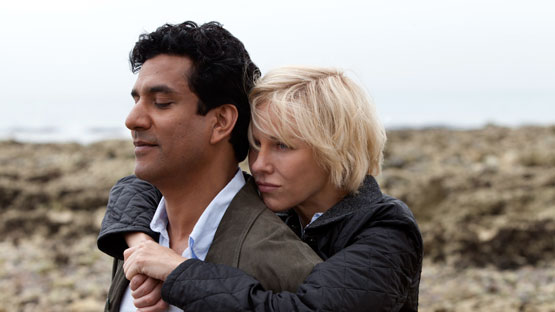 DIANA is a compelling portrait of Diana, Princess of Wales during the final two years of her life. The film stars British-born actress Naomi Watts who assumes the leading role of the eponymous and iconic princess. Naveen Andrews, co-stars as Dr. Hasnat Khan. Fellow  Brits Douglas Hodge, Geraldine James, Charles Edwards and Juliet Stevenson round out the supporting cast. 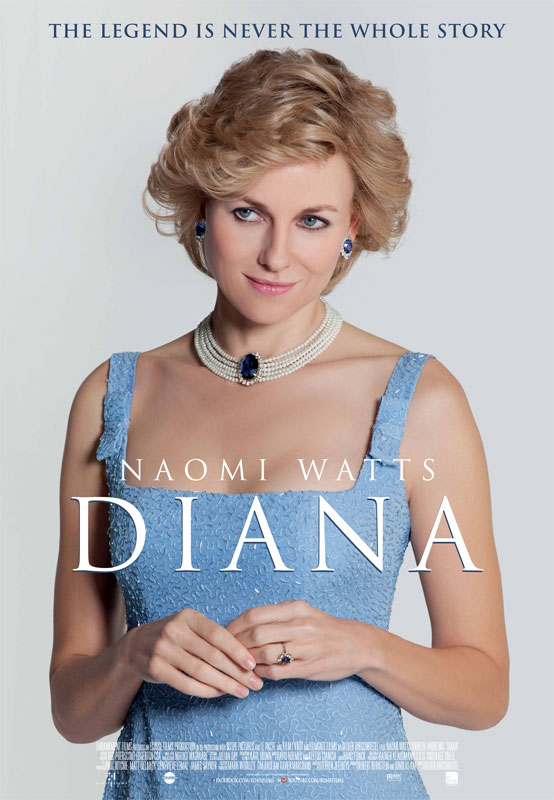 From the outset, producer Robert Bernstein wasn’t interested in making a typical biopic about Diana. They set about to make a film that focused on who Diana became in those last two years, rather than on the tragedy of how she died.

Masterfully directed by Oliver Hirschbiegel, the film is based on a screenplay by the internationally acclaimed playwright Stephen Jeffreys. The compelling love story charts how finding true personal happiness allowed Diana to achieve her defining successes, as she evolved into a major international campaigner and humanitarian. Bernstein acknowledges having a German director made it interesting, as he didn’t come with any baggage or judgment.

The idea for DIANA was generated in-house at Ecosse Films several years ago. The story the filmmakers wanted to tell was the love story between Diana and Dr. Hasnat Khan, a British Pakistani heart surgeon. “It seemed to us that it was the key to understanding the last two years of her life,” says Bernstein.

Although the producers knew they wanted to make the movie, they weren’t confident they could take it forward into development until the inquests had taken place into Diana’s death. At the inquest, Khan went on record confirming he had had a relationship with Diana. “He went into quite a bit of dignified detail, which was extremely helpful to us in terms of deciding that that period in her life was now history,” explains Bernstein. “We decided now we could interpret that and make a film based on facts.”

Writing a script based on real people and events, and in particular, writing about one of the most famous people in the world was something Stephen Jeffreys found challenging. The filmmakers wanted to portray Diana’s life as accurately as they could. Consequently the film is heavily researched from archive and source materials and with consultants and people who had met her. In researching the screenplay, Jeffreys read an abundance of books and articles on related topics. Of these, the most important was Diana: Her Last Love, by Kate Snell who became a consultant on the film.

The first thought Hirschbiegel had about Diana’s character was that she was like an old-fashioned movie star, in the vein of Marlene Dietrich. The more Hirschbiegel researched Diana, the more he fell in love with her character. He describes her as the most fascinating and complex character he has ever worked with. To portray Diana, the filmmakers looked no further than the British-born actress
Naomi Watts. As an actress, Watts is better known for doing contemporary films. “This film is very near contemporary so we need it to feel quite edgy and real. Naomi brings all of those qualities to the screen,” says Bernstein. Additionally, it’s important to the filmmakers that Watts is British.

Watts immersed herself in research and training in preparation for her role. “I definitely prepared more for this role than I have for any other character,” admits Watts.

During this time, Hirschbiegel continued to send her endless little tidbits of information that he had come across, including the perfume that Diana wore. For Watts, the most important element in becoming Diana was the voice. “I had six weeks of hardcore daily coaching with Penny Dyer before we started filming as well as William Conacher coaching me on set. I just knew I had to get it right,” she says. “Diana’s voice was something we all remember very well. She was aristocracy but it wasn’t that old-fashioned stiff upperlip. It was warm and modern and there was a breathiness to it, which makes it sound more attractive. There was a lot to get right. Even my mother said to me, ‘Oh God. I don’t know if you’ll be able to get that voice, Naomi!’”