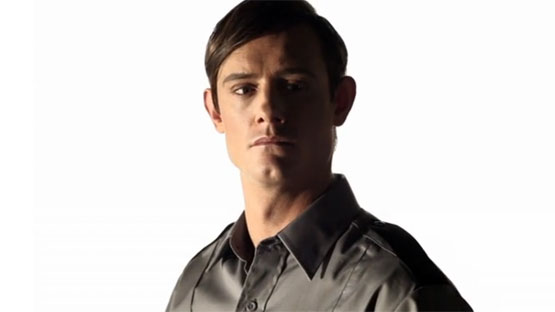 A stay-at-home securities trader, Mike Foster (Dane Bowman), has grown accustomed to his secluded life with his family. But his reality is soon disrupted after a failed kidnapping attempt on his wife and children. Feeling helpless and unguarded, Mike meets with his home’s high tech developer who decides to install an android patrol guard, named Dell (Johnathan Hurley), to keep watch on the property. Growing attached to the property itself, Dell begins to question Mike’s ownership and authority while showing signs of hostility. After a power surge disables the home’s security, Dell believes that Mike and his family are a threat to the house itself and attempts to eradicate them by any lethal means necessary. 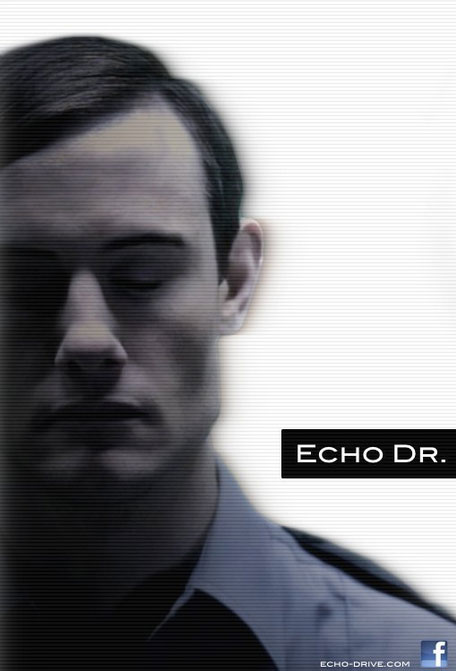 When their home security system malfunctions, a family struggles to survive an attack against a state of the art patrol guard that believes they are intruders.

Written and directed by Patrick Ryan Sims, Echo Dr. is a thriller about the complications that ensue when a seemingly ideal situation turns against itself.  The film deals specifically with artificial intelligence and the conflict that arises when identity and responsibility collide.  Since A.I. is designed to mirror our own responses, predictably is thrown into question as safeguards against an uncontrolled response are not completely “knowable”.

The story was heavily inspired by the works of Rod Serling and Michael Crichton, who were masters of conjuring a morality showdown in a seemingly controlled environment.

In this film, an android patrol guard named Dell is programmed and designed to protect the home of a family who have been the recent victims of a break-in.  At first, Dell meshes nicely with the family, but soon becomes possessive of the property itself and mildly overzealous with the role he serves.

“I wanted a villain who was a psychological threat just as much as a physical one, so Dell was written to question the logic of his own keeper.  On one level he’s something of a physical embodiment of HAL-9000, but on another level he’s very human, being subjected to daily monotony and isolation.

Stylistically, I was set on a postmodern look for the house and lucked into a great location thanks to the resourcefulness of my co-producer, Doug.  I wanted a very spacious environment because the story demanded a certain level of discomfort and I knew that by displacing the characters within the scenes, a subtle degree of tension could be achieved.”

Collaborating with the actors and crew was very rewarding because they all brought a unique perspective to the film that wasn’t overtly apparent in the original script.

Shooting lasted roughly 18 days.  The most challenging aspect of the production was the sheer volume of page counts per day, which averaged anywhere from 7 to 10.  Since this film was shot with a traditional lighting set up, we were limited by the number of takes due to time constraints.

Immediate sources of inspiration are 2001, Lynch’s Dune and Aliens.  These films visually projected a world of advancement plagued with systematic problems that tested the human condition.  Echo Dr. explores this idea on a domestic level.