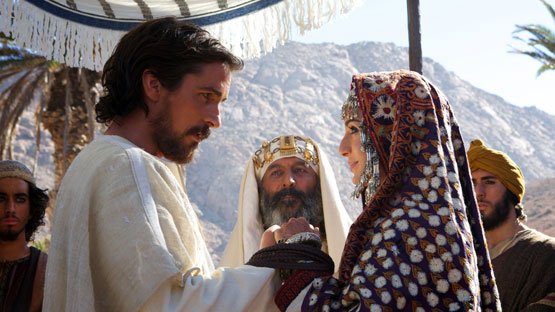 From acclaimed director Ridley Scott (Gladiator, Prometheus) comes the epic adventure Exodus: Gods and Kings, the story of one man’s daring courage to take on the might of an empire. Using state of the art visual effects and 3D immersion, Scott brings new life to the story of the defiant leader Moses (Christian Bale) as he rises up against the Egyptian Pharaoh Ramses (Joel Edgerton), setting 400,000 slaves on a monumental journey of escape from Egypt and its terrifying cycle of deadly plagues. 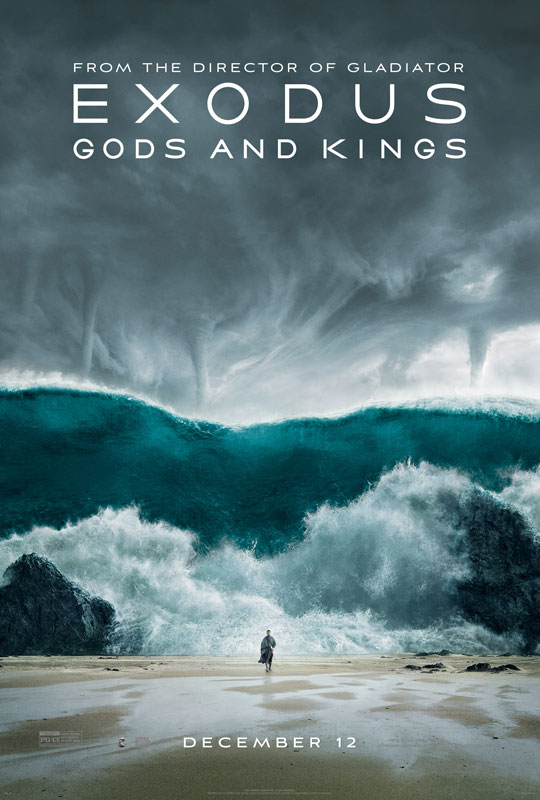 The production used a pulley system devised on Gladiator to quickly arrange huge statues, columns and pieces of walls, leading Scott to call it a giant LEGO-like set.

The cast of Exodus: Gods and Kings is comprised of numerous award winners, and hails from a wide range of countries. As Ridley Scott explains, “Egypt was – as it is now – a confluence of cultures, as a result of being a crossroads between Africa, the Middle East and Europe. We cast actors from different ethnicities to reflect this diversity of culture – from Iranians to Spaniards to Arabs. There are many different theories about the ethnicity of the Egyptian people, and we had many discussions about how to best represent the culture. In bringing to life a story that has roots in many religions and is important to people across the world, we also looked to cast actors who could, through their vivid performances, do justice to a universal story.”

Scott first encountered Edgerton years earlier, while casting his Crusades epic, Kingdom of Heaven. The actor was deemed too young for the role then, but Scott continued to follow Edgerton’s career, particularly his work in the acclaimed independent drama Animal Kingdom.

Sigourney Weaver is Tuya, mother of Ramses, first wife of Pharaoh Seti. Star of the director’s seminal film, Alien, Weaver later worked with Scott on the historical epic 1492: Conquest of Paradise. She says of reuniting with Scott: “It feels like no time has passed at all. I still see this brilliant man, in command of how to make his vision on screen.”

Ben Kingsley is Nun, a Hebrew scholar and spiritual leader of the slaves. Scott feels lucky to cast Kingsley, who several years ago played Moses in a television miniseries. “Ben is a chameleon, clever and adept. There is an iron-cast center to him that was perfect for the role.”

The production design and visual effects teams – the latter created over 1500 VFX shots – worked together to create the film’s enormous sets and action sequences. For example, the Statue of Ramses rises 200 feet, 30 of which the production built; the rest was computer generated.

Fuerteventura, one of the Canary Islands off the coast of Africa in the Atlantic Ocean, was another key location. Wide empty sandy beaches, fringing high volcanic rock mountains made the island the perfect location for the Hebrew flight from Egypt in the Sinai desert.

Zipporah (who was Ethiopian) portrayed by Maria Valverde, is a physically striking character, thanks in part to makeup department head Tina Earnshaw, an Oscar winner for her work on Titanic and who collaborated with Scott on Prometheus and The Counselor. Earnshaw gives Zipporah black coal for her eyes, facial tribal tattoos and Henna tattoos on her hands, arms, feet and legs.