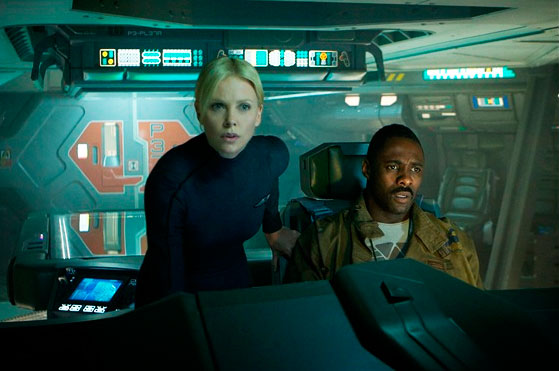 Prometheus is a science fiction film directed by Ridley Scott and written by Jon Spaihts and Damon Lindelof. The film stars Noomi Rapace, Michael Fassbender, Guy Pearce, Idris Elba, Logan Marshall-Green and Charlize Theron. The plot follows the crew of the spaceship Prometheus in the late 21st century, as they explore an advanced alien civilization in search of the origins of humanity. 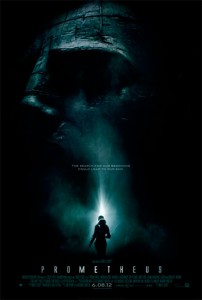 Marc Streitenfeld, who worked on several of Ridley Scott’s previous films, will be composing the musical score for Prometheus

Roger Christian, art director on the first Alien, speculated that the film would be shot in 3-D, which was eventually confirmed by Ridley Scott. Since 3-D films need high lighting levels on set, the hallmark atmosphere of the Alien films with darkness and shadows will be added in post-production through grading processes, while the 3-D equipment will be based on post-Avatar technology.

Instead of creating an official website, the marketing team of Prometheus launched the film’s official page on Facebook on July 19, 2011. This social media marketing tool has been used variously since in promoting events, news, and developments. A Twitter page for the film was also created.

Conceived as a prequel to Scott’s 1979 science fiction horror film Alien, rewrites of Spaihts’ script by Lindelof developed a separate story that precedes the events of Alien, but which is not directly connected to the films in the Alien franchise. According to Scott, though the film shares “strands of Alien‘s DNA, so to speak”, Prometheus will explore its own mythology and universe. Principal photography began in March 2011, with filming taking place in England, Iceland, and Spain. Prometheus is scheduled for release between May 30 and June 8, 2012 in various territories through 20th Century Fox.

Actress Charlize Theron stated that, while on set, “Ridley started doing this interesting thing, where he would have me stand in corners and lurk all the time, and it wound up being really mysterious.” Generally speaking, Rapace shared, “I was out there filming for about six months and it was super-intense, my body was in so much pain sometimes but it was absolutely amazing.”She also confessed that it felt like returning to Earth after the conclusion, in Iceland, of principal photography.