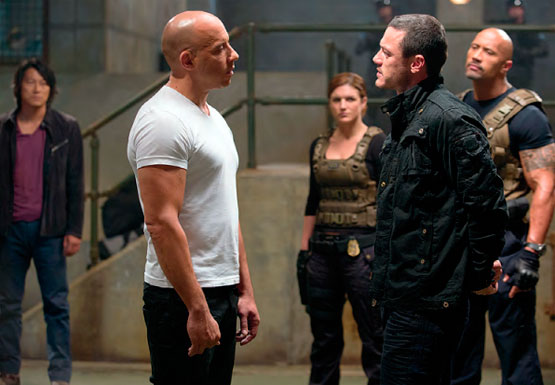 From the start, the theme of family has been the backbone to the success of the Fast and Furious franchise. Over the course of reassembling this group, the actors have become an extended family of their own. Series godfather Neal Moritz has watched as his core team has grown over the years. “The Fastfamily has been together on and off for almost 14 years, so there is history here,” he offers. 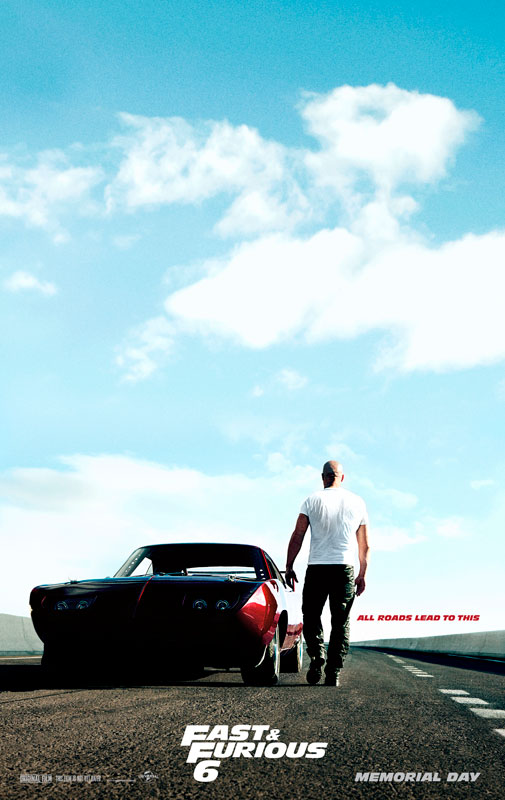 Just as Hobbs gets a new second-in-command, Dom has a fresh adversary in Fast & Furious 6: Owen Shaw

Fast & Furious 6 picks up mere months after the Rio heist, with our crew scattered across the world. Dom and Elena are living in the Canary Islands with new parents Brian and Mia, while new couple Han and Gisele are enjoying Hong Kong. Tej has settled into chilling on the beach in Costa Rica, while fun-loving Roman lives the glamorous jet-setting life. Millions in the bank makes the world much easier for our heroes, but as fugitives they are constantly looking over their shoulders, living in fear of being discovered.

Of the characters’ evolution, Director Justin Lin offers: “I was excited to explore the idea of ‘What is true satisfaction?’” Discussing the setup, Dwayne Johnson reflects: “The key to having Dom and Hobbs work together is that the tension still has to be palpable.”

This gets us to the heart of the chapter: the reunion of Dom and Letty, and to an equal extent, Vin Diesel and Michelle Rodriguez. The pair became great friends over the course of filming the first chapter of the series, and that relationship has grown throughout the years. Says Diesel: “There’s something special about Dom and Letty that goes beyond my playing the role, or Michelle playing the role. Theirs is a cherished love,  and there’s strength in that. The fact that it exists on the wrong side of the tracks is what makes it even that much more intriguing.”

Chris “Ludacris” Bridges was looking forward to returning to his role as the tech-savvy Tej Parker. As much as Bridges loved the thrill ride that Fast Five offered, he was ready to outdo it.

Appropriately, after the cold, rainy London shoot that was followed by the sun-drenched weeks in Tenerife, the final days of shooting on Fast & Furious 6would be in Los Angeles. The original Toretto home, near Dodger Stadium, was the final location for filming. The house, which was used in the first chapter, has changed owners twice. The garage, which housed Dom’s prized Charger and had long been demolished, was rebuilt—as it was for Fast & Furious—for filming. The filmmakers and Universal had the foresight to keep the original design plans.