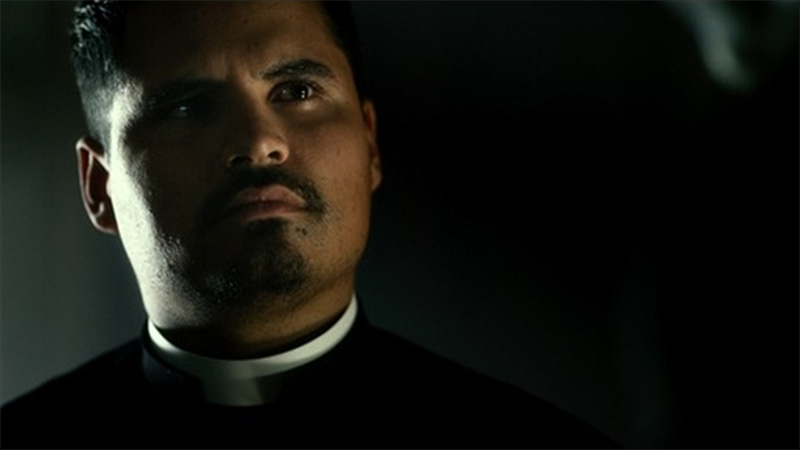 The Vatican Tapes follows the ultimate battle between good and evil – God versus Satan. Angela Holmes (Olivia Taylor Dudley) is an ordinary 27-year-old until she begins to have a devastating effect on anyone close, causing serious injury and death. 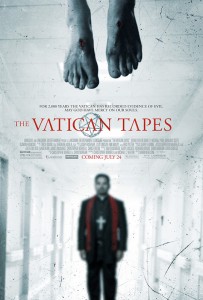 The Vatican Tapes began when Lionsgate and Lakeshore Entertainment received the haunting spec script that took the classic horror concept of demonic possession and elevated it to an even more chilling level by introducing the anti-Christ. “Originally Chris Morgan and I came up with this idea to do an exorcism film that felt grounded and real,” explains screenwriter, Christopher Borrelli.

The producers went in search of a director who could connect to the material in a personal way, as well as bring a visceral and cutting edge style to the film. They found that combination in Mark Neveldine, who had acted as a director, cinematographer and camera operator in previous films such as the fast-paced action-thriller, Crank, starring Jason Statham.

Mark Neveldine, having gone to Catholic school, had a personal grasp on the world of The Vatican Tapes, and after discussing the project with producers, Tom Rosenberg and Gary Lucchesi, he jumped aboard the project. Neveldine collaborated with Lakeshore on the script, focusing on how to balance fantastical elements and reality. They found that equilibrium by developing the main female protagonist, Angela, and her relationship with her father.

The filmmakers needed to find a leading female protagonist who embodied normalcy but had the ability to carry out Angela’s complex and emotional demonic possession. They found that in Olivia Taylor Dudley. Director Mark Neveldine expands on the long process of searching for the right actress to play Angela. “We went through a hundred casting tapes and we brought in fifty girls, and kept looking. We had a couple girls that we really liked but they just didn’t have that X factor.” Finally, the casting director, Tricia Wood, contacted the filmmakers and asked them to read Olivia Taylor Dudley. “I read the script and it actually gave me a nightmare, which never happens,” recalls Taylor Dudley.

Taking on the role of Father Lozano is Michael Peña. Peña was initially drawn to the film by the uniqueness of the script as well as his relationship with producers, Tom Rosenberg and Gary Lucchesi.  Playing the role of the Vatican-based Vicar is Djimon Hounsou. It was director Mark Neveldine that initially brought Hounsou aboard the film.

The story of The Vatican Tapes is primarily set in modern day Los Angeles with the exception of a few scenes that take place in and around the Vatican. The filmmakers took advantage of shooting in Los Angeles for a story actually set in L.A., while utilizing clever locations, a discrete traveling film unit in Rome, as well as VFX to create the scenes at Vatican City. To capture the frenetic and haunting world of The Vatican Tapes, the filmmakers brought on director of photography, Gerardo Madrazo, as well as production designer, Jerry Fleming.

To balance visual effects with practical effects, the filmmakers turned to visual effects supervisor, James McQuaide, who is known for his work on the Underworld films, among other heavy VFX pictures.