Filly Brown a film directed by Youssef Delara and Michael D. Olmos and written by Youssef Delara, is an inspiring and gritty portrait of a young artist striving to find her voice and seize her dreams without compromise. Majo Tonorio, aka, “Filly Brown” is a young raw hip-hop artist from Los Angeles who spits rhymes from the heart. The film stars Gina Rodriguez, Jenni Rivera, Emilio Rivera, Noel G., Kerry Norton, Braxton Millz 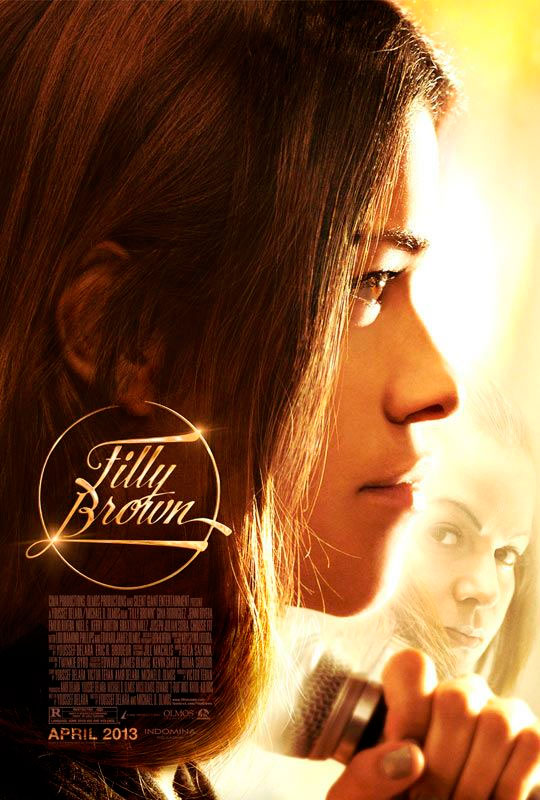 Fueled by a fierce hip-hop score, Filly Brown heralds the arrival of Gina Rodriguez in the electrifying title role.

Youssef Delara:I found myself at the Green Cottage one night, a small cave-like venue with bleachers and a weather-beaten stage in West Hollywood, CA. An annex to Fairfax High-school hidden away behind the bustle of the city, It’s a place where street poets, rappers and dreamers come to spit verse. After my first show I was hooked. The poets held an uncanny power over us, taking us on a journey. We laughed and cringed as they dealt out word after word.

I was intrigued by the idea of how words informed the world, how that night they drew me and the entire audience into the mind of the artist. I left that night with the idea of telling a story about a person who uses a lie to create her world. When the basis of one’s word is built on lies it is unable to cause change or move people. I think that’s why we gravitate to music that is honest, sometimes vulgar even, because the truth is a magnet. I wanted to tell a story about a person’s journey to discovering herself through their music.

Being creators as well as fans of film, we wanted to really design the film with intricate blocking, staging, and camera moves. We also knew from experience the limitations of indie films. We opted for a cinema vérité style for the music component of the story. This style was perfect for the energy of that world – at times highlighting the excitement and at other times the chaos. It also created a thrust and movement for the story and propelled the pace of the film.

For the family elements of the story we went with the more classic film style – sticks, dollies (where possible) and choreographed blocking. This created a deceiving silence, like the eye of a hurricane, because the subtext of the dialogue between the characters created a sense of foreboding.

And of course – whenever we were running out of time, all bets were off. The focus was to get as much coverage and takes in the can. The plus was that we had two cameras, and shot with both cameras as much as we could. In the end we knew that we had to get as much as we could in the can, because this was not the kind of production that could schedule two weeks of reshoots to pick up anything we didn’t get the first time around. This was it. Whatever we got was all there was.