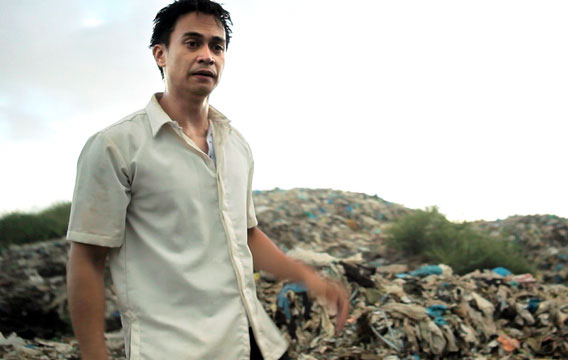 In this unpredictable and tightly-paced thriller, family man Marlon Villar — a longtime chauffeur to corrupt Filipino politician Manuel Chango — is faced with an unthinkable predicament when he is ambushed while driving both his boss’s and his own daughter home from school one afternoon. In the chaos of the kidnapping attempt, things go horribly awry and Marlon’s daughter is taken and held for ransom instead. 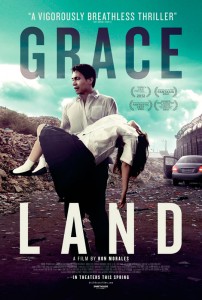 Graceland in particular needed actors who could go to rather extreme emotional depths. The production team had been introduced to more than 200 actors, but were still forced to push back principal photography because it took time to find the perfect fit for each role.

The heart of the story came from an experience Ron Morales had while in Manila researching a project about Filipino Shamans. He was riding in a car reading about a crime syndicate’s involvement in a recent kidnapping when suddenly the wail of a siren interrupted him. A Manila police officer on a motorbike flagged the car down. He knew, for the most part, locals do not trust traffic enforcers – many have a reputation to be corrupt. As the officer slowly made his way up to the driver’s side window, Ron, with the newspaper story fresh in his mind, imagined ‘what if’ something went horribly wrong. The seed for Graceland had been planted.

Ron Morales had been researching and writing Graceland for many years before the time was right to take it into production. While shooting another project he and DP Sung Rae Cho, started talking about the possibility of making Graceland a reality.

Soon after, Ron and Sung were spending every hour of every day together, fully dedicating themselves to developing the script and cinematic style of the film. Some time later Sam Rider, Producer, was invited to read the script and his enthusiasm for the material was the catalyst to make the film a reality.

Principal photography in Manila began on October 11th, 2010. Sam and Ron procured a 28-day shooting schedule, but their limited budget forced them to pack more scenes into each day. Many of the shooting days went more than 20 hours with shooting lasting seventeen days, wrapping on Halloween. Back in New York, the editing process began immediately. It was a lengthy post-production process, but the filmmakers found a team who were as equally dedicated to the project as the Manila crew; the new team and their enthusiasm greatly enhanced the story and quality of the film and Graceland was completed in March of 2012.

Casting the lead character of Marlon was the biggest challenge. Marlon was to be haggard and worn, a truly broken man. The extreme emotional rollercoaster he goes through demanded an actor who could identify with Marlon’s struggles. Actor Arnold Reyes happened to be experiencing a tough time with his mother being sick. He used his real life turmoil to dive into the character of Marlon.