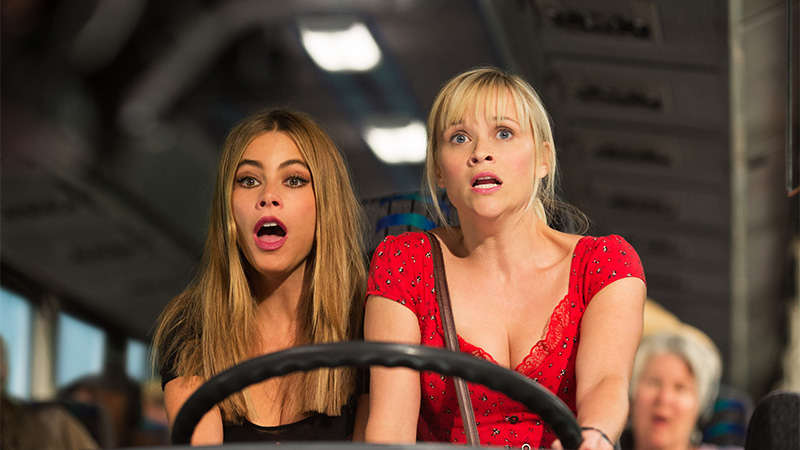 In “Hot Pursuit,” an uptight and by-the-book cop (Reese Witherspoon) tries to protect the sexy and outgoing widow (Sofía Vergara) of a drug boss as they race through Texas, pursued by crooked cops and murderous gunmen. 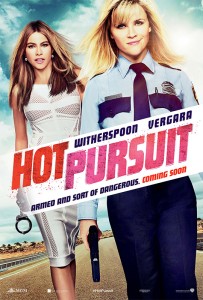 Both Witherspoon and Vergara not only star in the film but also served as a producer and executive producer, respectively. The story appealed to both actresses, who saw the comic possibilities of working together, even though they’d never met.

Serendipitously, Witherspoon’s friend Dana Fox, a seasoned comedy writer/producer, knew of a burgeoning project that fit the bill. “I had just finished working with two very talented writers, David Feeney and John Quaintance, and we were looking to keep working together. The guys pitched me several ideas and this was the one we all fell in love with.”

Once the script was in shape, the producers reached out to Fletcher to direct. Papandrea conveys that she and Witherspoon “had been fans of Anne’s for a long time and talked about working with her. I’ve honestly loved all her movies and there are very few female directors out there;” Vergara, known for the liveliness she infuses into the parts she plays, admired Fletcher’s energy.

Veteran comedy director Anne Fletcher offers, “It’s something of a modern-day female ‘Odd Couple’ sort of buddy comedy, with Reese Witherspoon playing the wild and crazy one and Sofía Vergara playing the straight man—or in this case, woman. But Reese’s cop is so normal she’s a little off, and Sofía’s trophy mob wife is a lot more resourceful than she seems.”

While Cooper and Daniella are at each other’s throats, several of the men in the film are hot on their trail. Initiating the transport that brings the two ladies together, John Carroll Lynch plays Captain Emmett, Cooper’s boss, who hands her the plum assignment of escorting Mrs. Riva, and Richard T. Jones plays Detective Jackson, in charge of Mr. Riva and, for a time, Officer Cooper. Popular stand-ups Jim Gaffigan and Mike Birbiglia take comedic turns in the film as well.

Though “Hot Pursuit” takes place in San Antonio and Dallas and along the road in between, filming was accomplished entirely in New Orleans. As a producer, the appeal of the Big Easy made shooting there an easy choice for Witherspoon. “I love New Orleans,” she affirms. “The food is so good—if anything, it’s too good. And the crews are great, the people are so friendly. Being a Southern girl, it’s always nice to be back in the South.”

Nevertheless, production designer Nelson Coates knew the differences in terrain between Texas and Louisiana would be a challenge. Coates has worked with Anne Fletcher twice before and enjoyed an effortless understanding of what the director was hoping for regarding the look of the film.

To map out the look of each stop along the way, Coates actually pinpointed the journey on a map of Texas. “I determined that if the characters would be taking a particular road, they’d get to a certain intersection, and here’s what signs would be there, and so forth, so we’d have a sense of the real places they’d be going. At one spot, we were even able to recreate a billboard from an old amusement park located in central Texas that closed down years ago.”