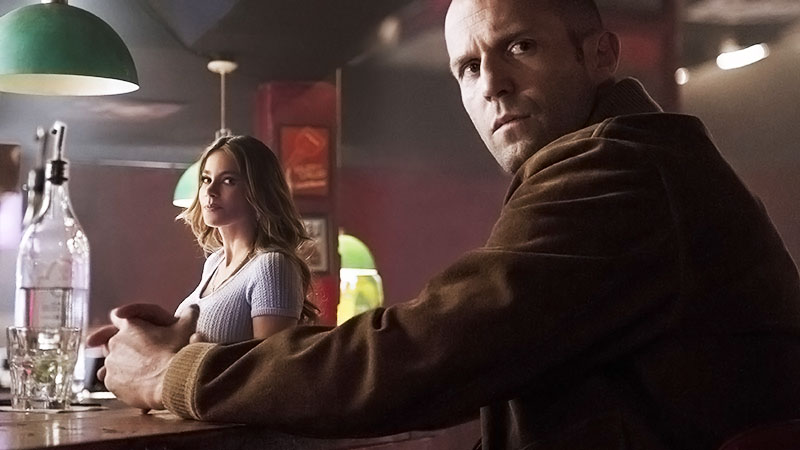 Nick Wild (Jason Statham) is a Las Vegas bodyguard with lethal professional skills and a personal gambling problem. When a friend is beaten by a sadistic thug, Nick strikes back, only to find out the thug is the son of a powerful mob boss. Suddenly Nick is plunged into the criminal underworld, chased by enforcers and wanted by the mob. 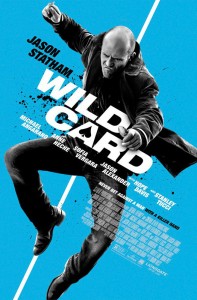 When we first see NICK (Jason Statham) at a bar, he seems like an intimidating drunk hitting on the unsuspecting DD (Sofia Vergara).

Wild Card began eight years ago when producer Steve Chasman was sent a script written by William Goldman that he immediately took interest in. “It was so well written that all the characters were intertwined with each other. There’s not one piece of dialogue from the original material that doesn’t have a specific purpose.”

Drawn into the script’s rich dialogue and developed characters, Statham and Chasman dove into the legendary writer’s work. After attempting to tweak and contemporize the project they soon realized that the tone and style that Goldman wrote over forty years ago is what made it so special. “When we got the script I think everyone likes to try and modernize the script in some way. It’s sometimes to the detriment of what is really great already,” said Statham.

Chasman and Statham immediately set out to find a director who would be able to bring the action packed thriller to a modern audience while keeping true to their creative vision, finally setting their sights on British director Simon West. Having a proven track record of success in addition to previously working with Jason, West was the perfect fit, being both captivated by Goldman’s original story and excited about the opportunity to add his own elements to the film.

Having the core team assembled, including iconic action director Cory Yuen, the next task was finding actors that would be able to fill the complex and developed roles that Goldman had written. West was confident that they would not only meet, but surpass expectations, “I knew I was going to be able to get great actors in all these different roles. Even if they’ve only got one scene or two scenes everybody has a great moment in the movie so I knew it was going to be a great collection of actors and it would attract great talent.” Once casting was completed, Wild Card had assembled a roster of all-star talent including Michael Angarano, Milo Ventimiglia, Dominic Garcia-Lorido, Anne Heche, Sofía Vergara, Max Casella, Jason Alexander, Hope Davis and Stanley Tucci.

Built around Statham’s character ‘Nick Wild,’ the film explored and developed the intertwining relationships between the various characters. “The start is with Jason and everyone else is built around the character, Nick. In fact, that’s what the movie is. All the characters are basically there reflecting Nick. We are taken through his journey and everyone around him really goes through that journey with him,” stated Chasman