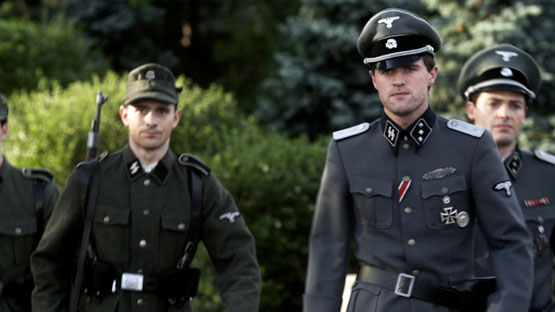 The final 18 months of World War II. After years of being officially allied with Germany, Hungarian leader Regent Horthy (Sir Ben Kingsley) begins to sense that the Axis is losing, and starts to take action to break his uneasy relationship with his Nazi counterparts. As a result, the Jewish population of Hungary is suddenly no longer protected from the desperate German effort to carry out Hitler’s final solution. 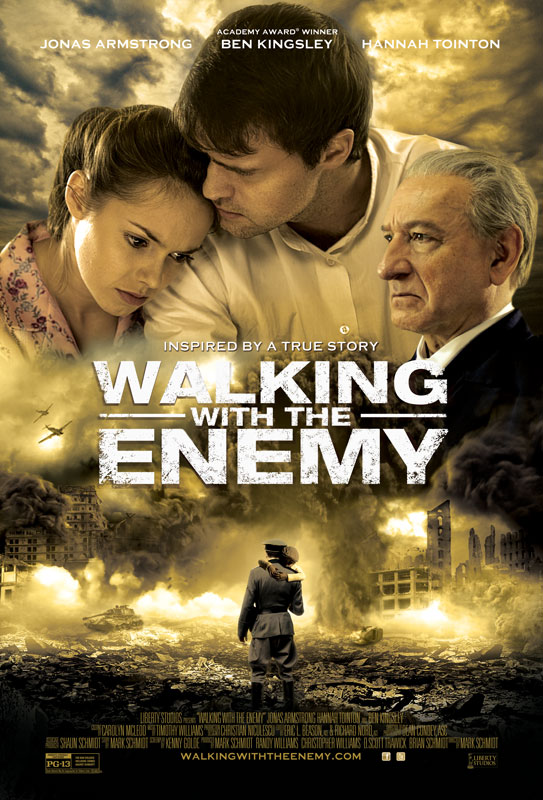 Inspired by the true story of Pinchas Rosenbaum, WALKING WITH THE ENEMY begins in the final months of World War II.

Walking with the Enemy is inspired by a true story that is little-known to American audiences, but well-known in Hungary, where a man managed to successfully wage his own secret war against the Nazis while the larger struggle for Eastern Europe waged all around him.

For Mark Schmidt, the message and meaning of the film assured him that the effort, no matter how unlikely or monumental, would be worth it.  It made sense that Walking with the Enemy would be undertaken by Schmidt and producer Randy Williams for Liberty Studios.  “Our mission is to make films honoring individuals who exhibit great acts of courage or extraordinary feats,” says Schmidt.

With a complicated production schedule and shooting locations in both Europe and the United States, Schmidt and Williams hired quality professionals in order to make an authentic and meaningful period film.

As far as taking on the role of Regent Horthy, Schmidt says, “to be honest, I couldn’t think of anyone else but Sir Ben Kingsley. Sir Ben has a great heart, and he’s got a passion for right against evil that really drew him to the part.  He is an extraordinary professional.”

The same was true of the cast, most of them from Great Britain, along with the US and Europe, who were also moved by Elek’s story and the opportunity to bring this unique story to life.  “We knew that for the part of Elek, we wanted the right actor.” Dublin-born Jonas Armstrong, best known for playing the title role in the BBC series “Robin Hood” and opposite Chloe Sevigny in the acclaimed and controversial miniseries “Hit and Miss,” proved to be exactly the right combination of experience and ability that was needed to bring Elek to life.  “He is an amazing artist that can internalize a role. We were lucky to be able to get someone like Jonas to fill the part.”