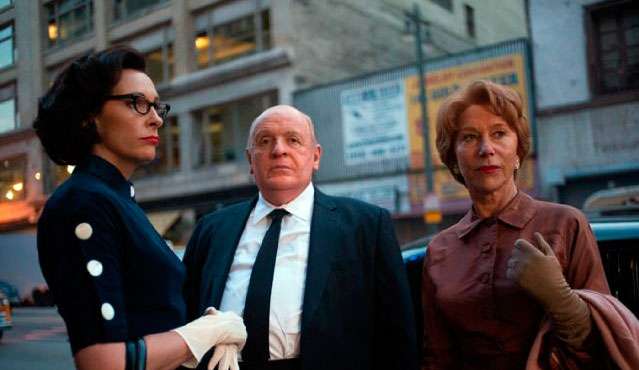 Hitchcock is a biographical drama film starring Anthony Hopkins, directed by Sacha Gervasi and based on Stephen Rebello’s non-fiction book Alfred Hitchcock and the Making of Psycho. 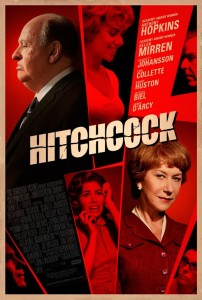 John Patterson of The Guardian called the Hitchcock film “clever and witty”; “the making of Psycho is depicted in detail without our seeing one frame of the completed movie”

Hitchcock centers on the relationship between director Alfred Hitchcock and his wife Alma Reville during the making of Psycho, spanning from Wisconsin murderer Ed Gein, the real-life inspiration for the character of Norman Bates, to the release of the groundbreaking film in 1960.

Much of the film’s casting was announced in March 2012. On March 1, 2012, Scarlett Johansson and James D’Arcy were announced to play the lead actors of Psycho, Janet Leigh and Anthony Hopkins. Later that month Jessica Biel was cast as Vera Miles.

Principal photography for the film began on April 13 in Los Angeles, with the film retitled as Hitchcock. Filming was wrapped up on May 31 after the completion of a scene set during Psycho‘s New York City premiere on June 16, 1960.

Soon after the film’s world premiere at the AFI Fest 2012, the first reviews of Hitchcock were published. Tom O’Neil of the The Huffington Post wrote, “When the film unspooled at AFI Fest on Thursday night, the audience burst into wild huzzahs at the end. This Hitchcock is so well made, so much fun and so suspenseful that it would make the original Hitchcock proud … It’s a serious contender for Best Picture, lead actor, lead actress, adapted screenplay, makeup, music score and maybe art direction.“