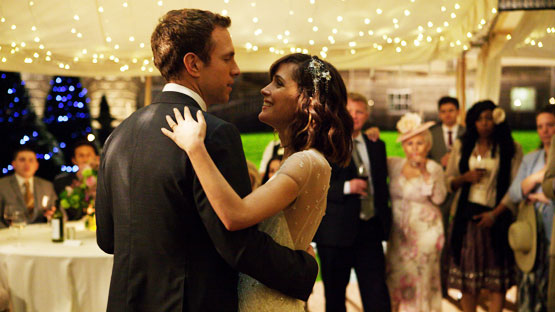 I Give It A Year is a brand new comedy from writer/director Dan Mazer (Borat and Bruno). Starting where other romantic comedies finish, I Give It A Year stars Rose Byrne, Rafe Spall, Anna Faris and Simon Baker. The film also features Stephen Merchant, Minnie Driver Jason Flemyng and Olivia Colman. 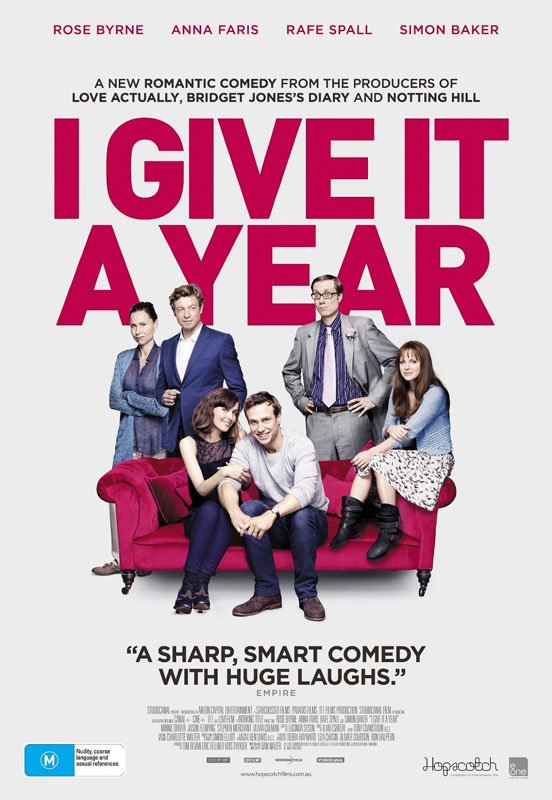 When writing and directing I GIVE IT A YEAR, Mazer says that it was important to tick as many comedy boxes as possible.

Filmmaker Dan Mazer had a very specific idea for his debut as a feature film director, I Give It A Year. He had already been enjoying something of an iconoclastic career, working with Sacha Baron Cohen as a writer and producer on ‘Da Ali G Show’, Ali G Indahouse, Borat and Bruno, while also either producing or executive producing ‘The 11 O’Clock Show’, ‘Dog Bites Man’ and The Dictator. “But I wanted to do something that was a bit more mainstream and yet which still had the ability to be edgy and a bit shocking,” he says.

Good comedy comes from good characters, notes Mazer, and it is the characters of Josh and Nat who stand at the center of the movie. To bring Josh to life on screen, Mazer chose English actor Rafe Spall. Australian actress Rose Byrne stars as Nat and says that her character and Josh start out very much in love. They enter their marriage with the best intentions.

During the course of the movie both Josh and Nat meet people to whom they are more suited, if only they could break up.