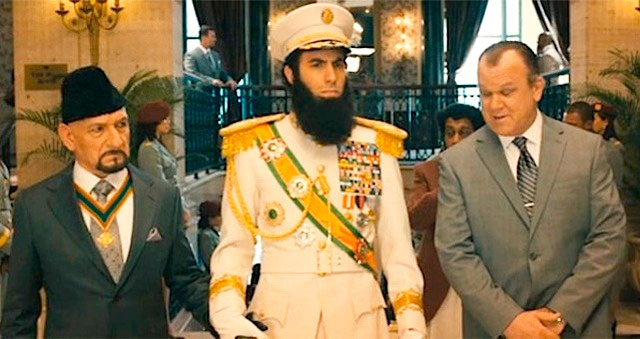 The Dictator is a film starring Sacha Baron Cohen. Cohen’s fourth film will “tell the heroic story of a dictator who risked his life to ensure that democracy would never come to the country he so lovingly oppressed”, according to Paramount Pictures, which will distribute the film. 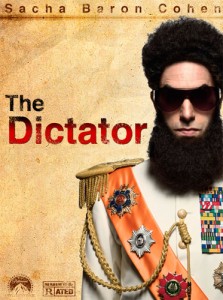 The film is said to be inspired by the novel Zabibah and the King and by Iraqi leader Saddam Hussein. The trailer alludes to the fact that the film is inspired by the late Libyan leader Muammar Gaddafi, due to the character’s visit to the United States and his all-female security force.

Furthermore, the clips shown of Barack Obama and David Cameron in the beginning of the trailer are all excerpts of speeches condemning the late Libyan leader for his actions in the Libyan Civil War that led to his ouster. A clip is also shown of Hillary Clinton condemning the Syrian leader, Bashar Al Assad.