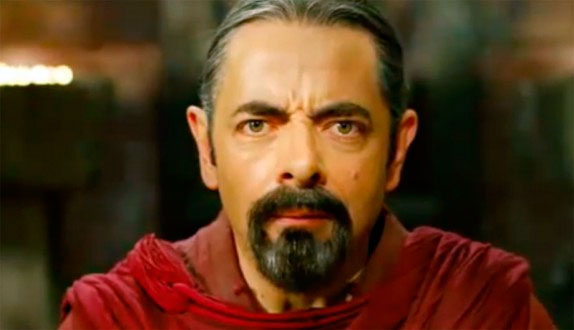 Johnny English Reborn is a British action comedy film parodying the James Bond secret agent genre. It stars Rowan Atkinson with Gillian Anderson, Rik Mayall, Dominic West, Rosamund Pike and Daniel Kaluuya in supporting roles. The film is directed by Oliver Parker based on a script by Hamish McColl and William Davies. It is the sequel to the 2003 film Johnny English. 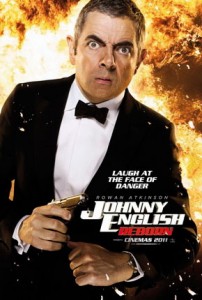 Johnny English goes up against international assassins hunting down the Chinese premier.

Universal Pictures first announced that they were producing a sequel to Johnny English on April 8, 2010 seven years after the first film.

Filming began on September 11, 2010 in Central London at Cannon Street, with further production scheduled for the week beginning September 13, 2010 at Brocket Hall, Hertfordshire and later in Hawley Woods in Hampshire, Macau and Hong Kong. Filming took place on The Mall in Central London on 25 September, 2010.

Rowan Atkinson returns to the role of the accidental secret agent who doesn’t know fear or danger in the comedy spy-thriller Johnny English Reborn.  In his latest adventure, the most unlikely intelligence officer in Her Majesty’s Secret Service must stop a group of international assassins before they eliminate a world leader and cause global chaos.

In the years since MI-7’s top spy vanished off the grid, he has been honing his unique skills in a remote region of Asia.  But when his agency superiors learn of an attempt against the Chinese premier’s life, they must hunt down the highly unorthodox agent.  Now that the world needs him once again, Johnny English is back in action.